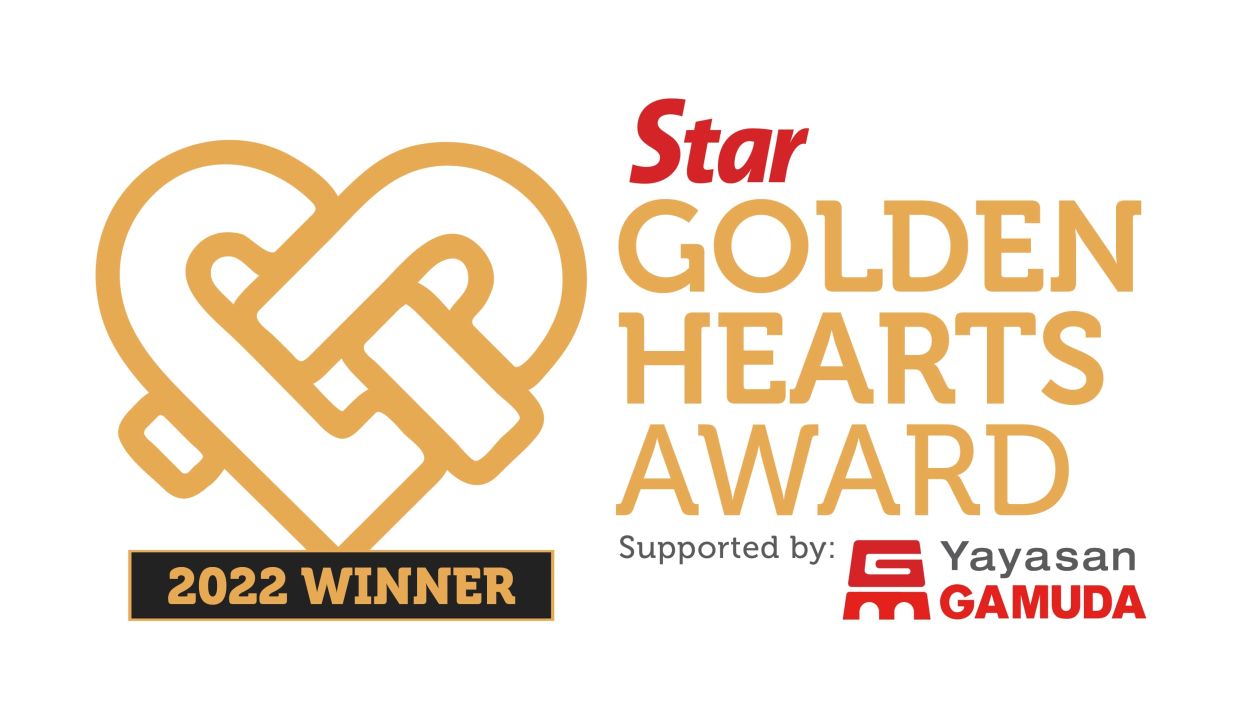 PETALING JAYA: Eight years ago, Lucas Loo Ze Xian had his hands full in the tourism industry where he was actively involved in developing a sustainable tourism resort.

During this period, there were suggestions among his peers to utilise bamboo as part of the projects’ structure but he did not pay much heed to the idea.

Today, the 34-year-old is helming his own environmentally-focused impact enterprise – SEAD Industries – which champions bamboo as an integral part of restoring the ecosystem alongside empowering local communities.

“Previously, the idea was something obscure to me.

“However, over time, I began learning more about what bamboo does and how it can be both a creative architectural element while also functioning as a climate solution.

“I came to realise that if I didn’t commit to it (bamboo), I would deeply regret it,” he said in an interview.

Since then, Loo’s journey has seen him setting up SEAD which specialises in the utilisation of bamboo as a sustainable solution for the built environment, land restoration and community empowerment. Loo: We train the Orang Asli to be self-sufficient and in tandem, empower the rural communities. — SAMUEL ONG/The Star

SEAD Plant focuses on a bamboo supply chain that facilitates the development of a restoration economy based on forest-community empowerment alongside restorative bamboo while SEAD Build essentially turns bamboo into durable materials.

This also saw Loo working closely with the Orang Asli communities in Perak, teaching them how to sustainably harvest bamboo for SEAD.

“We upskill the communities with an in-depth knowledge of forestry management to ensure they can harvest the bamboo from their own backyards, in the most optimised and sustainable manner.

“This allows their efficiency and productivity to increase so that they can earn a better income,” he said. 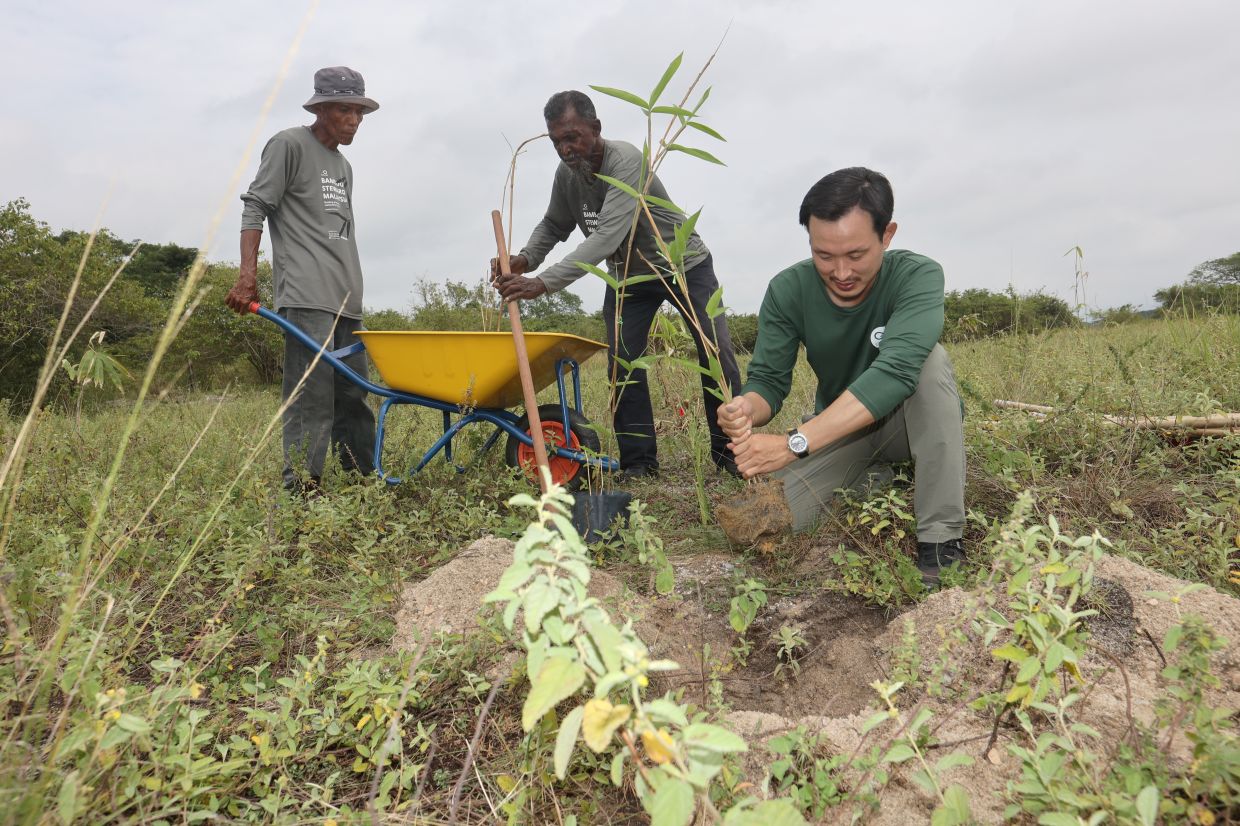 Loo planting bamboo at one of the plots acquired at the Kinta Nature Park in Batu Gajah, Perak. With him are bamboo stewards recruited from the local communities here. — ART CHEN/The Star

Loo said the bamboo harvesting initiative has enabled the Orang Asli communities to double their income from RM60 daily to more than RM120.

He said all bamboo harvesting activities in secondary forests were done by the Orang Asli themselves, noting that all profits went to the community.

“Essentially, we train them to be self-sufficient and in tandem, empower the rural communities,” he said.

SEAD had partnered with Perak State Parks Corporation to acquire four plots of land amounting to almost 100ha for a land regeneration project at the Kinta Nature Park in Batu Gajah.

“We intend to plant asper species of bamboo and engage with the local communities to help harvest the plants and manage the ecosystem.

“SEAD will then buy the bamboo back and turn them into durable materials, which essentially locks the carbon into construction materials,” he said, adding that communities in the area could sign up as holders in the land at no cost.

Loo said the only requirement is they must commit to SEAD’s methodologies and ecosystem restoration alongside harvesting bamboo sustainably.

He said the first bamboo seedlings were planted at the one of acquired plots sometime in August. On the current workers at the plots, Loo said they were recruited upon recommendation from each community’s village head.

“Here, we dub them as restoration stewards where they come from the local B40 communities and essentially, become caretakers of the land.

“They are responsible for making sure the bamboo is growing well, given the hostile environment,” he said, pointing out that the plots were former tin mining sites.

“We also have on-the-ground partners including academics from Universiti Tunku Abdul Rahman who perform soil sampling and ensure our projects improve with time,” he added.

Apart from bamboo, Loo said vetivers and cadamba were also planted, given their resilience to grow in harsh land conditions.

Separately, Loo also shared how SEAD had undertaken the 1,000 Bamboo Village initiative, which was founded by the Environmental Bamboo Foundation. Loo harvesting bamboo together with several Orang Asli men in Kampung Lalang, Perak. SEAD upskills Orang Asli communities in Perak with an in-depth knowledge of forestry management to ensure they can harvest the bamboo in the most optimised and sustainable manner. — ART CHEN/The Star

“This initiative aims to restore two million hectares of degraded lands globally, and we are merely signing up as one bamboo village.

“One bamboo village equates to 2,000ha of degraded lands restored, 210 families impacted through this restoration economy, and 100,000 metric tonnes of carbon dioxide sequestered annually,” he said.

On SEAD’s future plans, Loo said they were looking to place bamboo as a mainstream construction material with strategies in place to make this a reality.

For their noble efforts, SEAD Industries is recognised as one of the 10 winners of the Star Golden Hearts Award 2022 (SGHA) under the organisation (environment and wildlife) category.