PETALING JAYA: While the National Day parade at Dataran Merdeka was a major success, the overwhelming number of visitors left behind a trail of destruction.

Pictures of decimated decorative plants beside the walkways around and leading up to Dataran Merdeka were posted all over social media, with Dewan Bandaraya Kuala Lumpur’s (DBKL) official Facebook page also weighing in, hours after the parade ended on Wednesday.

“While it is fun to see a sea of people flooding the streets around Dataran Merdeka to celebrate National Day, there are those among us who don’t care about the environment and the beauty of the area. 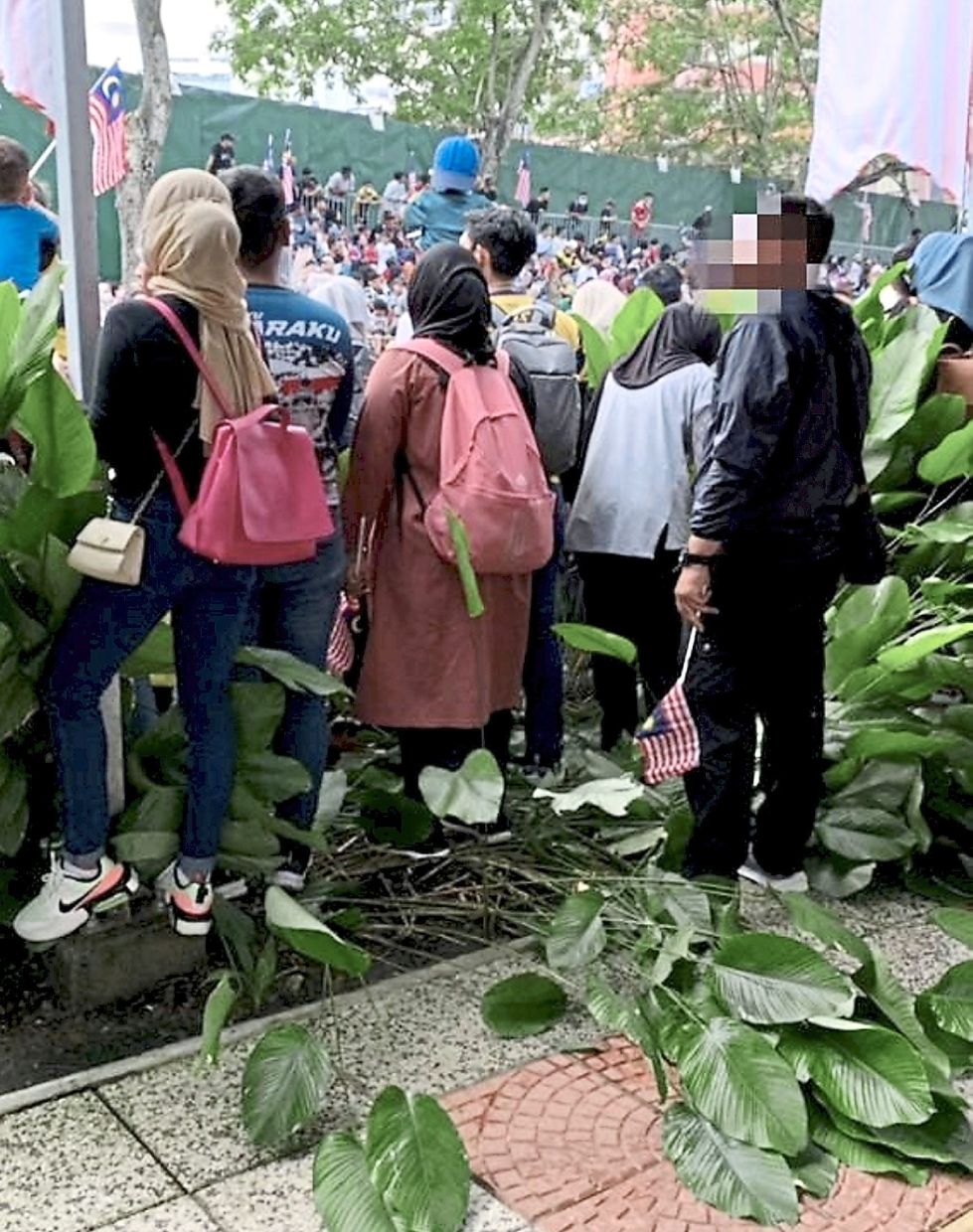 Bad behaviour: Attendees seen trampling over the greenery to get a better view of the performances. — Courtesy of DBKL Facebook

“They did not feel guilty at all after damaging the beautiful landscape. While the spirit was good, the way they chose to celebrate was not right,” DBKL said in its post.

The post garnered a flurry of reaction and opinions from the public, with many giving their views and suggestions.

“This is the result when the main roads are turned into VIP parking. Try putting the VIP parking at the Merbok field next time. DBKL should have anticipated that people would flood KL.

“When it was announced it would be held near Dataran Merdeka, I doubted it would be big enough to accommodate all the visitors since it has been two years since the last National Day (parade), so there would be a lot more people coming than usual,” he said.

Wan Naem Wan Idris wrote: “That’s why we have Putrajaya. The Putrajaya Boulevard strip stretches over 8km from the Prime Minister’s Office to the Putrajaya International Convention Centre.

“After all, Putrajaya was built because KL was overcrowded and could no longer support large-scale parades.”