Brimming with youthful vigour, MCA’s young candidates are seeking the people’s mandate this GE15 to bring fresh ideas to the state

BENTONG and Raub are neighbouring districts in Pahang facing water issues. Yet their problems are in stark contrast.

“We should build a pipe to channel all our water to you,” quipped Wong Siew Mun, a Bentong native, with Lim Teck Hoe who is village chief of Kampung Tras located in the Raub district.

This may be a running joke between the two neighbours, but they acknowledge the severity of the issue and have pledged to raise the matter at the Pahang state assembly to get the necessary resources to resolve the problems. 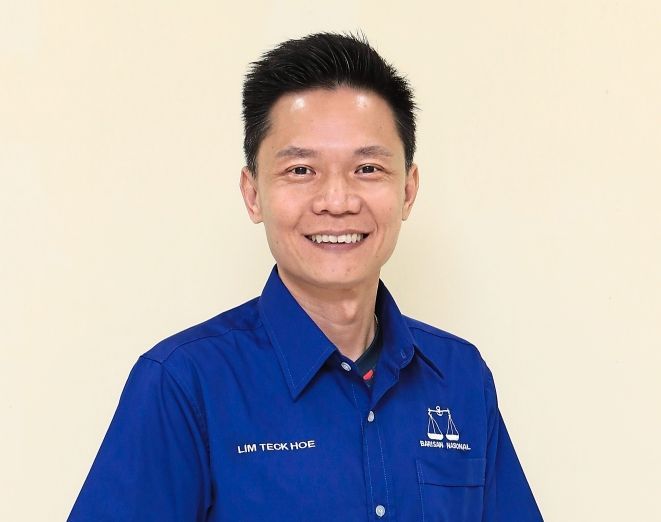 Lim Teck Hoe who is village chief of Kampung Tras located in the Raub district will push for an upgrade of water infrastructure to overcome frequent supply disruption in his kawasan.

Siew Mun was among those stranded during the floods last December and in March this year.

“That night in December was unforgettable and scary. It was 11.30pm and the water level was high. The whole town was in pitch darkness. I managed to call the local council for help, but I was told all rescuers have been deployed to other areas.

“About 30 minutes later, the mobile network went down. We were disconnected from the world,” she recalled.

“In the morning, Bentong was covered in mud. It was devastating to see,” she said, adding that she managed to round up volunteers to help clean up as well as offer moral support to affected residents.

Siew Mun is an active member of civil society who regularly volunteers in community events. Her experiences have steeled her resolve to become a policymaker.

“I don’t want to be just a volunteer anymore, patching up community issues here and there. I want to have more influence and authority in drafting policy to help Bentong and the country,” she said.

The MBA holder said her election campaign will focus on flood mitigation, youth empowerment and improving the local economy.

“Young people don’t work in Bentong because they cannot get a job that matches their income expectation, talent and capability.

“Some youths return to look after their ageing parents, but they struggle to find a job that fits their education level,” she said.

If elected, Siew Mun pledged to allocate funds to set up a community centre, which will become a hub for business networking and career matchmaking, as well as a meeting point for youths to channel their ideas and feedback to the state government. Wong Tze Shiang (middle) with his clean-up crew in March this year. He pledges to sort out the annual flood and constant water supply disruption issues that plague Mentakab.

Spritely and vocal, she is grateful to have the guidance and mentorship of Tan Sri Liow Tiong Lai, who was a four-term Bentong MP.

Only 32 herself, Siew Mun believes the voice of youth will be a big factor in winning the general election. According to data from the Elections Commission, 46.9% of Bentong voters are below the age of 40.

“They can bring new ideas, more energy and vigour to the state assembly,” he said.

Local community leader Hon Sai Weng shared: “Tiong Lai, Siew Mun and the MCA team have been very supportive of us throughout the floods and the MCO. We believe their leadership will bring better change to Bentong.”

In GE14 (2018), Barisan Nasional formed the Pahang state government after winning 25 out of 42 seats.

“Generally, BN has managed the state quite well and we are happy to let them continue to lead Pahang,” said Confederation of Kuantan Tionghua Associations vice-chairman Datuk Hui Hon Son.

“Pahang has been able to prosper due to the political stability,” he added.

In Tras, Lim sees the need to upgrade the water supply infrastructure as well as bridges in the constituency.

“In one case, Kampung Baru Tras was disconnected for three weeks as no vehicle could access the village. The bridge was still accessible to pedestrians, and UiTM Raub provided bus services to shuttle the villagers as they could not drive their own vehicles out of the village.” Tee Choon Ser who has been a Kuantan municipal councillor since 2015 wants to assist the urban poor who do not know how to access government assistance.

With mandate from the people of Tras, Lim will push for an upgrade of water infrastructure and for schools to be equipped with modern learning facilities and Internet connectivity.

“The water supply system is 80 years old, and cannot cater to the demands of 100,000 residents. We suffer from water disruption every other week,” he said, adding that he is working closely with MCA secretary-general Datuk Chong Sin Woon, who is the Barisan candidate for Raub, to resolve the issue.

Lim, a 46-year-old “edupreneur”, is optimistic that younger politicians from all sides of the political divide will rejuvenate the political landscape.

“The new set of politicians would have gone through a higher level of education. Politics should be about putting up ideas, and an election should be a contest of ideas. We need politicians to debate and continuously improve policies,” said Lim who has a Masters in Technology Management and is currently pursuing a doctorate in the same field.

To the east of Raub and Bentong, MCA’s candidate for the Mentakab state seat, Wong Tze Shiang, is also grappling with water issues.

The Mentakab native has to contend with both Bentong and Raub’s water issues – the district is flooded annually yet there is a constant disruption in water supply.

The 43-year-old businessman, who is a civil engineer by training, said Mentakab was hit by floods twice in the past 12 months.

“We need to engage a specialist on drainage to conduct a study, and then strategise with the Department of Irrigation and Drainage. There are many ways to manage this – including deepening or widening Sungai Semantan, or even build a dam,” he said.

He is seeking the people’s mandate to empower him to procure government funding to resolve the issue.

“If there is insufficient public funds, we can consider awarding turnkey projects to the private sector, which will then become a concessionaire for a certain number of years before returning the infrastructure to the government,” said Tze Shiang, who is MCA Youth vice-chairman.

As for the frequent water supply disruption, he attributed the problem to ageing infrastructure including burst pipes, and a water treatment plant that can no longer cope with the district’s growing population.

On the east coast of Pahang, Kuantan municipal councillor Tee Choon Ser is vying for the Teruntum state seat under the Kuantan parliamentary constituency.

The Kuantan Wanita MCA chief’s election campaign will focus on the welfare of disadvantaged communities as well as rejuvenating the local economy.

“Having been a town councillor since 2015, I am aware that many urban poor do not know how to access government assistance,” she said.

Tee, 41, who started her political career as executive secretary to former Kuantan MP Datuk Fu Ah Kiow, has established a strong network at the grassroots level via her many NGO and civil society roles – including as Pahang Young Malaysians Movement (YMM) permanent chairperson, Confederation of Kuantan Tionghua Associations culture and education chairperson, and in various temple and welfare associations.

She wants to make Kuantan young and vibrant again, and like Siew Mun, believes there is a necessity for a youth complex to serve as an activities centre, while the state government needs to offer more incentives to attract investors, which will in turn create more high-income job opportunities for the youth.

“The future is theirs, so we know they have vested interest in building a better nation for their children to grow up in,” said Loong.

Kuantan Xiang An Senior Citizens Welfare Association chairman Boon Jong Loai commented: “Choon Ser has always helped the community as a town councillor. It is time to give her a higher platform so that she has more influence to serve the community better.”