PETALING JAYA: More than 25 years ago, Reverend Elisha Satvinder and his wife Petrina Shee Shiang Fei were furthering their studies in Portland, Oregon in the United States, when they experienced a “special calling”, telling them to return to Malaysia.

“It was an unexplained feeling. Making the sudden decision to come home was also rather challenging as we were in the final stages of our education there,” he said.

What happened next changed the course of their lives forever.

Elisha said his wife was driving around Kuala Lumpur when she made a wrong turn and ended up at a squatters area in Sentul.

“She then experienced another strong feeling. Later that day, she told me about this, so we decided to go there again,” he said in an interview.

This was where Elisha, 57, met the poor which made him realise why he needed to come home.

“I was walking into a block of flats and saw a man injecting himself with drugs at midday,” he said.

“There were also young girls walking around which got me thinking, are they safe growing up amid the social challenges around them?”

Following this, Elisha founded the Dignity for Children Foundation, an NGO that provides holistic care and education for marginalised and urban poor children in the Klang Valley. 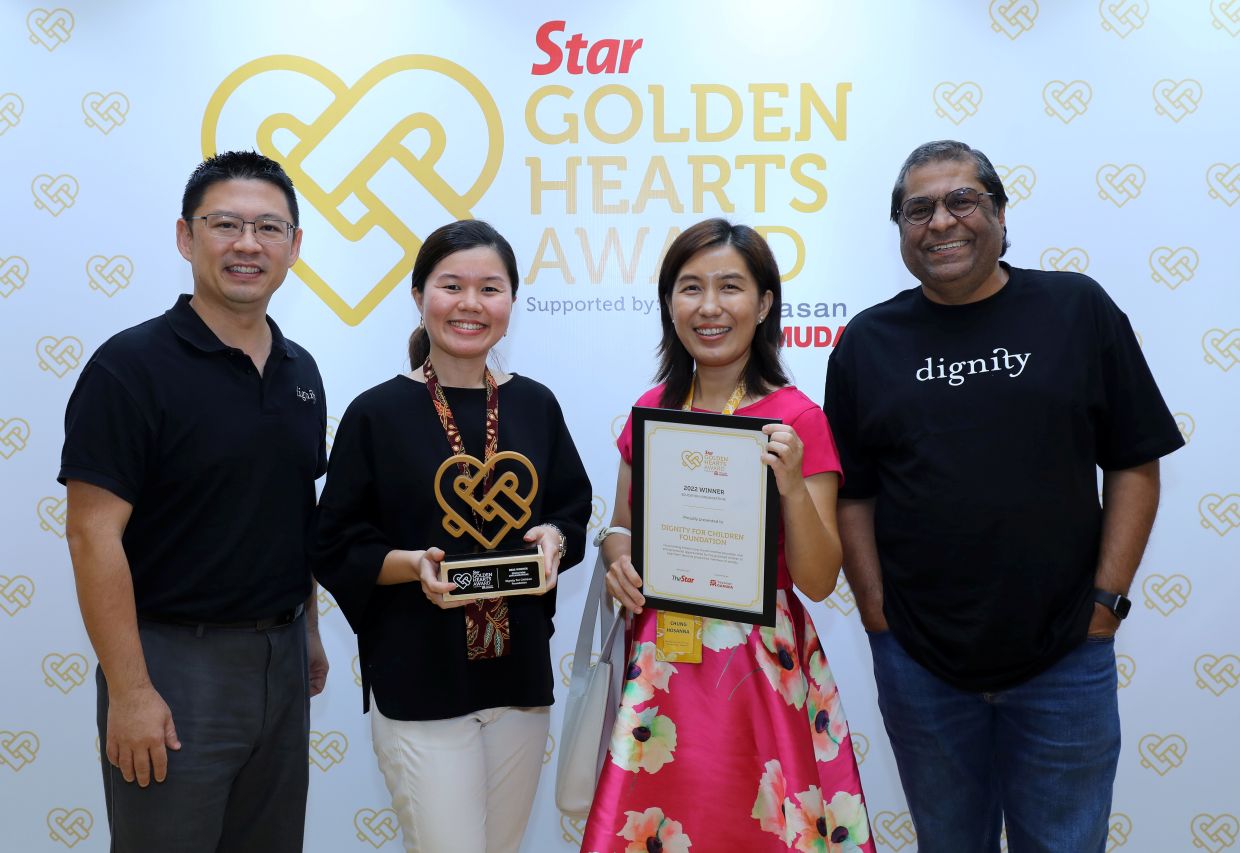 Elisha and his wife Shee, posing with their award. — SAMUEL ONG/The Star

From its humble beginnings in 1998, when they rented only several floors at Sentul Raya Boulevard, it now encompasses several blocks in the same area.

“It began with formative years of education but today, we also provide primary and secondary education.

“The formative years are based on the Montessori curriculum, whereas the secondary students are groomed for the O-level examinations with non-academically inclined students focusing on trade skills,” he said.

During its initial stages, the children mainly came from Sentul areas but they are now coming from Pudu and Kajang where buses are chartered to fetch them.

“We also have students from Cambodia, Syria, Myanmar and Pakistan,” he said.

Today, at least 12,000 students have come through the Dignity for Children Foundation’s doors with close to 2,000 students in its current session. Elisha posing with several of the children from the Dignity for Children Foundation. — ONG SOON HIN/The Star

The teachers, he said, comprised qualified professionals with some alumni also being employed to teach the students.

“The teachers also stay in a class for several years and take up the role of mentors, counsellors and friends.

“The bond becomes so strong that the students trust the teacher so much and tell them everything. This allows the teachers to intervene and better transform the students,” he said.

He added that the teachers were not volunteers as the children needed constant attention to enable meaningful learning.

Elisha also shared how the Faisal Cup, organised by the Dignity for Children Foundation, came about.

It resulted from a tragedy, where one of their students named Faisal slipped and drowned in the river while retrieving a ball that he and his friends owned. Students from the Dignity for Children Foundation waiting to board the chartered buses to return home. — ONG SOON HIN/The Star

“It was over a RM20 ball. All this happened during the World Cup 16 years ago.

“On a Friday, I was messing around with Faisal and the next day, I was opening up his body bag,” he recalled.

As we left the mortuary, Elisha said his wife told him that they must do something to remember him.

So we started the Faisal Cup, which has since taken on a carnival atmosphere, with more than 100 teams now playing in it.

“Even teams like Barcelona and Manchester City have partnered with us, with some of our boys even having the opportunity to meet Lionel Messi,” he said.

Elisha also noted how the various transformational enterprises were carried out. “Initially, we had to go out and speak to professionals from various business fields, requesting their help in teaching our students practical skills.

“Over time, some of them began coming to us, expressing their interests in contributing to our purpose.

“This has seen those from the food and beverage, hairdressing, baking and sewing fields coming forward to teach the children,” he said, adding that they also had support from corporate businesses.

As a result, there are now four of such enterprises at the Dignity for Children Foundation namely eat X dignity; bake X dignity; sew X dignity; and cut X dignity, with a woodwork initiative coming soon.

Elisha said all the children would have to go through at least three of these enterprises during their final schooling years before choosing one where they can finish their school year.

He added that there were also alumni who were currently employed at these enterprises with many also helming positions at established businesses nationwide.

For their noble efforts, the Dignity for Children Foundation is recognised as one of the 10 winners of the Star Golden Hearts Award 2022 (SGHA) under the organisation (education) category.