PUTRAJAYA: A Commissioner for Children will be appointed to look into issues and the well-being of children, says the Prime Minister.

Datuk Seri Anwar Ibrahim said the commissioner would be an autonomous part of the Human Rights Commission of Malaysia (Suhakam). 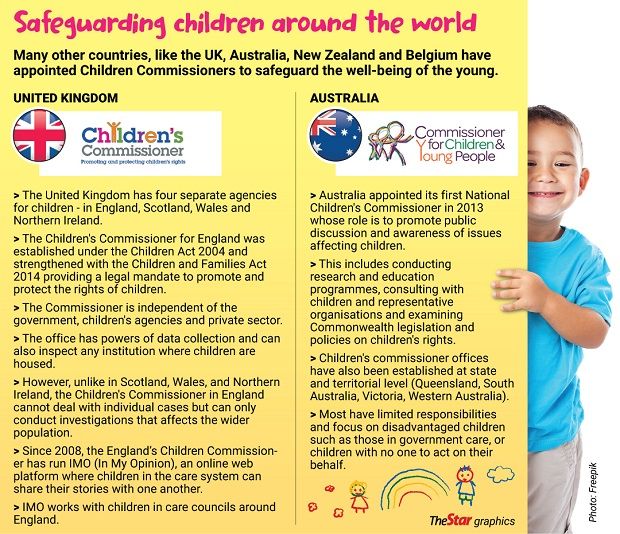 “The Cabinet has decided on this, and the appointment of the commissioner will be done soon,” he said after chairing the Cabinet meeting yesterday.

Asked about the appointment, Anwar said the names had been identified and an announcement would be made in due time.

He said the Minister in the Prime Minister’s Department (Law and Institutional Reform), Datuk Seri Azalina Othman Said, would work out the details.

He added that the commissioner would be tasked with looking into issues of abandonment, abuse, social matters and other problems involving children.

Earlier this month, Azalina said the government would look into the establishment of an independent commission to better safeguard the well-being of children in the country.

She had said the commission was important to oversee matters concerning the welfare of children, such as safety, education and health.

The Prime Minister also said that his deputy Datuk Seri Dr Ahmad Zahid Hamidi had been tasked with chairing a committee looking into social issues including matters involving children.

Ahmad Zahid said there were many issues involving children that had not been resolved or given justice.

He stressed that children must be protected and given due attention.

“I hope the committee will be given the authority to act as a supervisory body in relation to education, rights and crime against children,” he added.

On the issue of children where either parent was a foreigner, the Deputy Prime Minister said the matter would also be looked into.