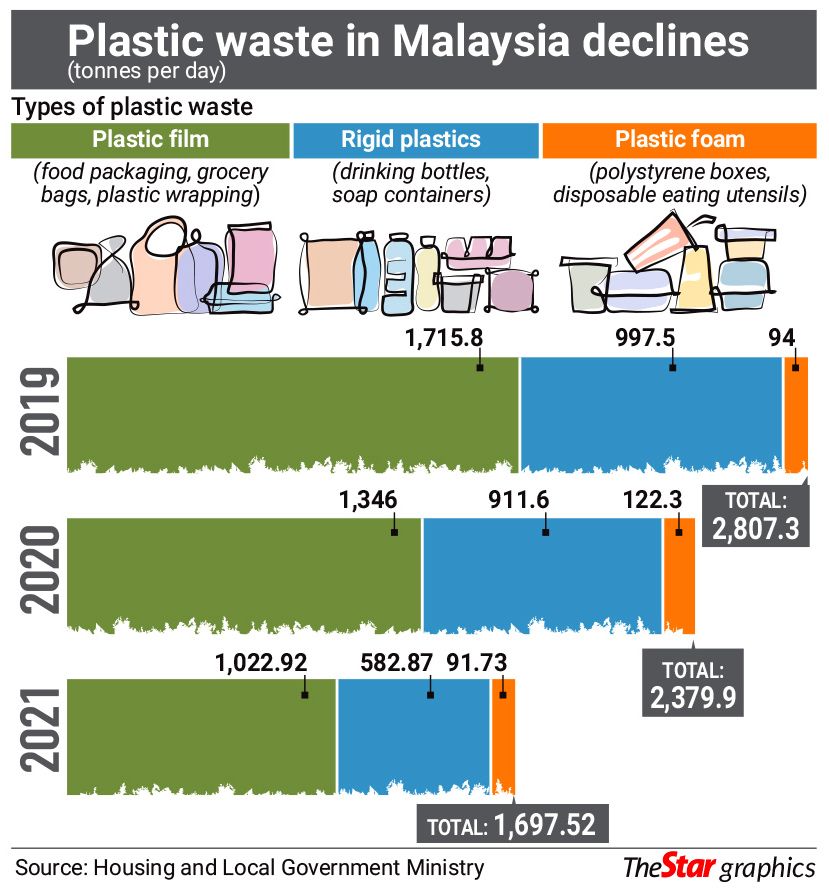 PETALING JAYA: Malaysia is recycling more trash, with about 4.4 million tonnes of waste being spared from landfills and converted into reusable materials last year.

“The country’s recycling rate has improved.

The recycling rate is the percentage of materials that have been recycled from waste.

While this is good news for the environment, Malaysia still has some ways to go before reaching its target of a 40% recycling rate by 2025.

The ministry had said then that it aimed to increase the rate by 2% every year until it reaches 40%.

Data from the ministry also showed that plastic waste from 27 landfills nationwide has been declining over the past three years.

The most common type of plastic waste generated in Malaysia is plastic film like wraps for food packaging.

Rigid plastics like water bottles and soap containers are the second most common.

The third category is plastic foam or polystyrene, which is normally used in the manufacture of packing materials, food containers and disposable eating utensils, among others.

The Act empowers the Federal Government to regulate the management of solid waste and public cleansing.

“Malaysia, through the National Cleanliness Policy, aims to increase the number of recycling facilities by 2% every year to reduce recyclable waste disposed directly at landfills,” the ministry said.

It added that efforts to boost the number of recycling facilities such as recycling factories and drop-off collection points will help Malaysia reach its goal.

It has been reported that Malaysians generate about 38,699 tonnes of solid waste every day – at least 1.17kg per person.

While Malaysia has many landfills, it is still a challenge to deal with the large amounts of trash generated daily.

According to the ministry, the life expectancy of a landfill is about 20 to 25 years, depending on the area it takes up.

But the amount of solid waste is expected to continue piling up as the population grows.