PETALING JAYA: The crowds were huge, the face of the Queen was everywhere, streets were festooned with banners and the Union Jack flew high.

Queen Elizabeth II’s Platinum Jubilee was a once-in-a-lifetime event and many Malaysians were thrilled to be part of it.

With a four-day holiday, they said it was “spectacular and chaotic” with activities that lasted for weeks.

Penangite Muhammad Arif Noorman, 22, a student at King’s College in London, attended the jubilee party on Saturday and said the crowds that filled the area outside Buckingham Palace made it hard to move around.

Still, it was a great experience for Arif who went there with two friends.

“The jubilee was spectacular and hectic. We had four days of bank holidays. Most of the crowd was middle-aged and elderly folk who came very early. They are loyal to the Queen.

“I had to walk the entire 5km distance home since it was so busy and tube (train) stations were blocked for hours. 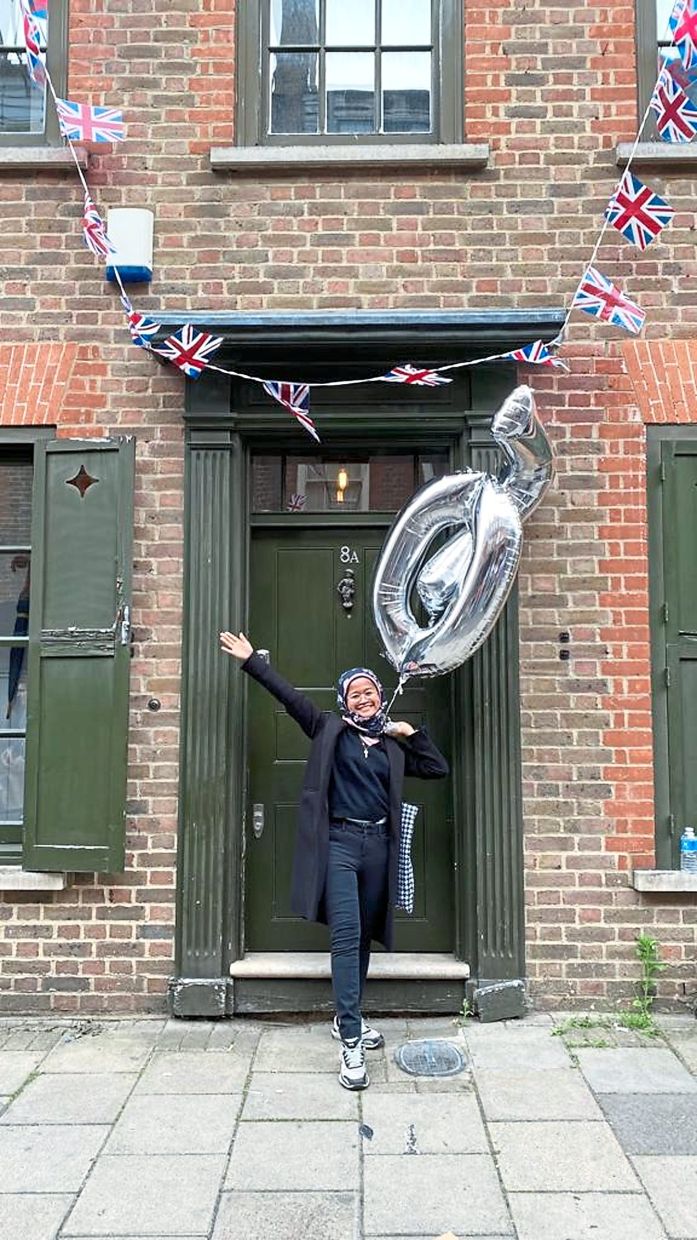 Alyssa steps out with a jubilee balloon in London.

“Throughout the long weekend, many events and activities were organised on a small and big scale, such as concerts.

“You could see people wearing masks of the Queen and waving the Union Jack,” he added.

The four-day celebration was held to mark the 70th anniversary of the reign of Queen Elizabeth II.

It is usually celebrated every 25 years, and Queen Elizabeth is the first monarch to ever surpass 60 years on the throne.

Postgraduate student Alyssa Zainal, 26, who is also in London, described the jubilee as “large and joyous”.

She said businesses in London released special menus or products in conjunction with the celebrations.

“People here enjoy celebrating the Jubilee as it was also a chance for them to spend time with their families,” the University College London student said.

She added that there were various events including exhibitions and parties throughout the city.

Despite not being able to get a ticket to the jubilee concert, she still experienced it from afar.

“I also came across some unexpected street parties where people were dancing and drinking,” said Alyssa, who has been in the country for nine months.

For content marketer Jojo Jong, 24, the celebration was smaller but still festive at the little town of Guildford in Surrey, southwest London.

Jojo, who has been in the United Kingdom for five years, said banners were hung up along the streets and locals decorated their homes with flags.

“Other than Christmas, the Queen’s Platinum Jubilee celebration was undoubtedly the largest event I witnessed here

“In Guildford, preparations began weeks ago,” she said, adding that restaurants were also offering discounts.

She said to commemorate the historic event, she bought a special edition fashion magazine that featured the Queen’s fashion trends.

“It’s a really cool thing to bring home,” she added.

Nur Farahiyah Azib, an off-duty Malaysian medical officer now in the United Kingdom, said the celebration was a once-in-a-lifetime experience for her and family.

“Everyone in school and the neighbourhood was excited. Even me!