PETALING JAYA: Johor voters are heading to the ballot box next month to elect a new state government.

The election is being held after the state assembly was dissolved on Jan 22. Nomination day will be on Feb 26 with polling on March 12.

The following are key facts about the balance of political power in the state and how it shifted since the last general election (GE14) in 2018. 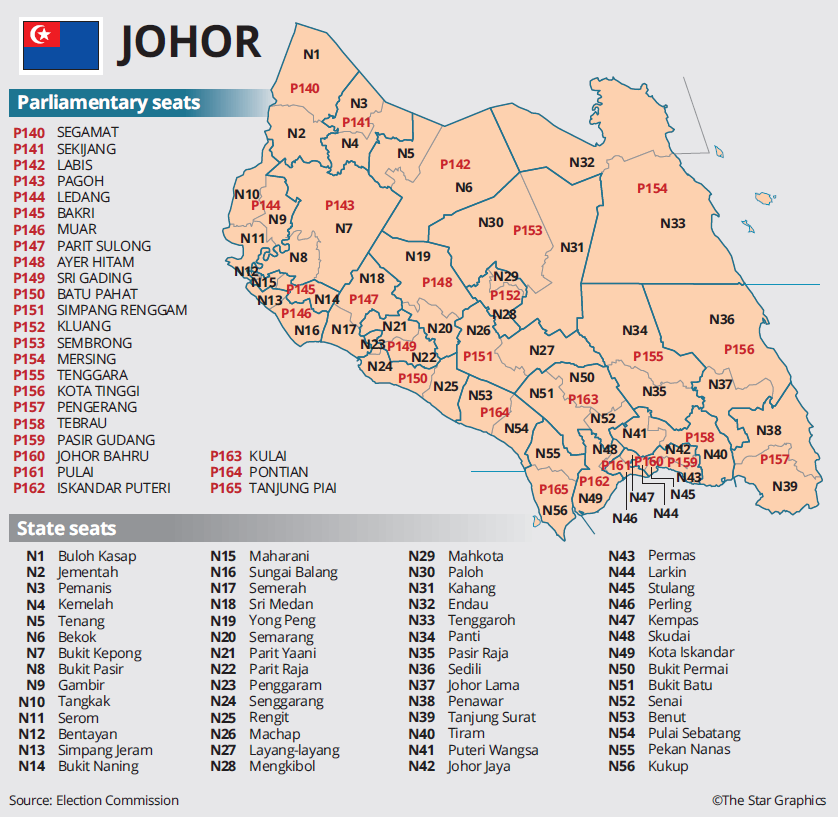 Undi 18 boost for the electorate

The Johor election will be the first for the country’s 18 to 20-year-olds following the lowering of the voting age from 21.

As a result, the number of eligible voters for the upcoming Johor polls has risen by 42.9%.

The Election Commission has not given a breakdown of voters below 21, though observers have estimated that each seat would see an increase of up to 25% of voters.

How Johor politics shaped up since GE14

At GE14, Pakatan Harapan swept to victory by winning 36 of the 56 seats in the Johor state assembly.

Osman however resigned less than a year in April 2019.

He was replaced by Bukit Kepong assemblyman Datuk Dr Sahruddin Jamal who is also from Bersatu.

The state government had 29 seats with a slim two-seat majority over Pakatan Harapan which had 27.

Puteri Wangsa assemblyman Mazlan Bujang, who ran on a Bersatu ticket in GE14, quit the party earlier this month on Feb 3, 12 days after the dissolution of the assembly.

Following are details on each of the 56 seats: