PETALING JAYA: Marriages and divorces are on the decline, according to the Department of Statistics Malaysia (DOSM). 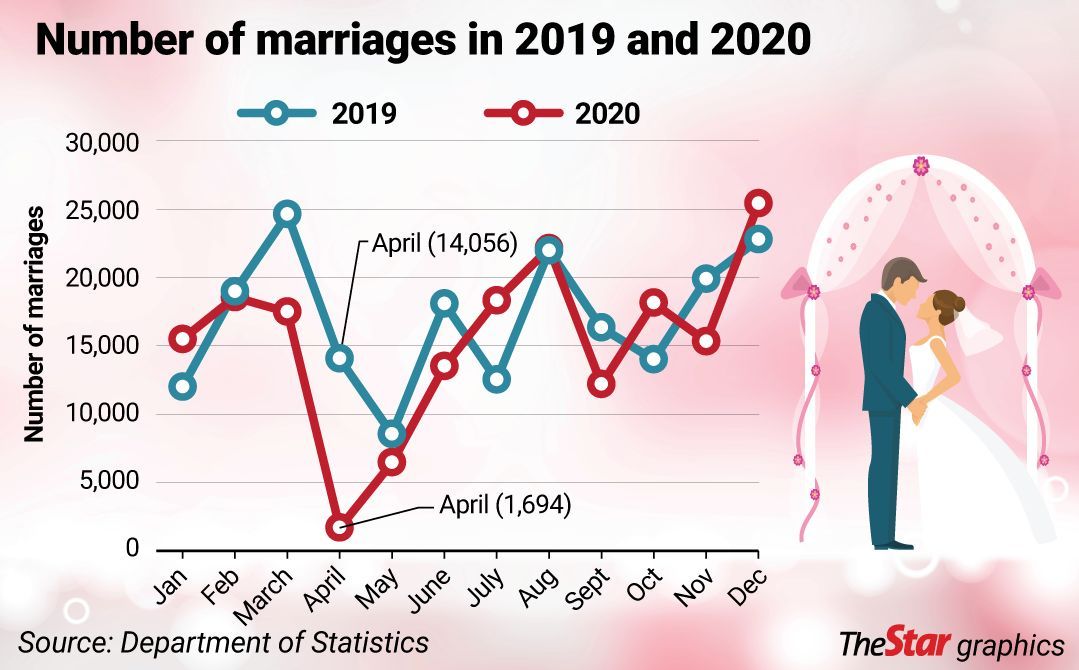 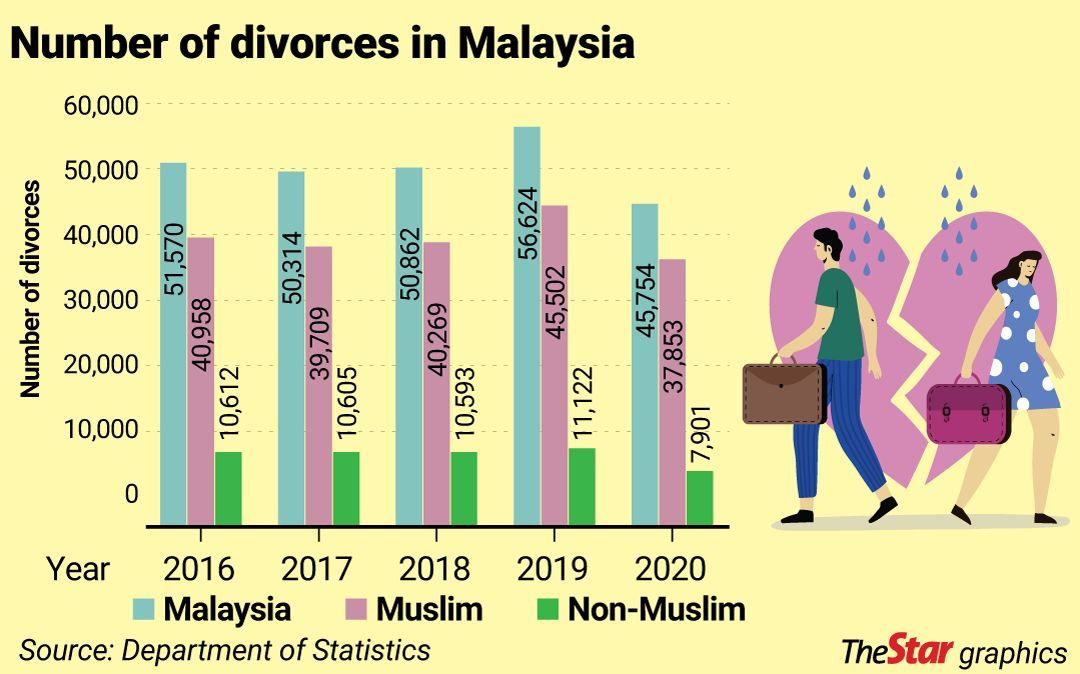 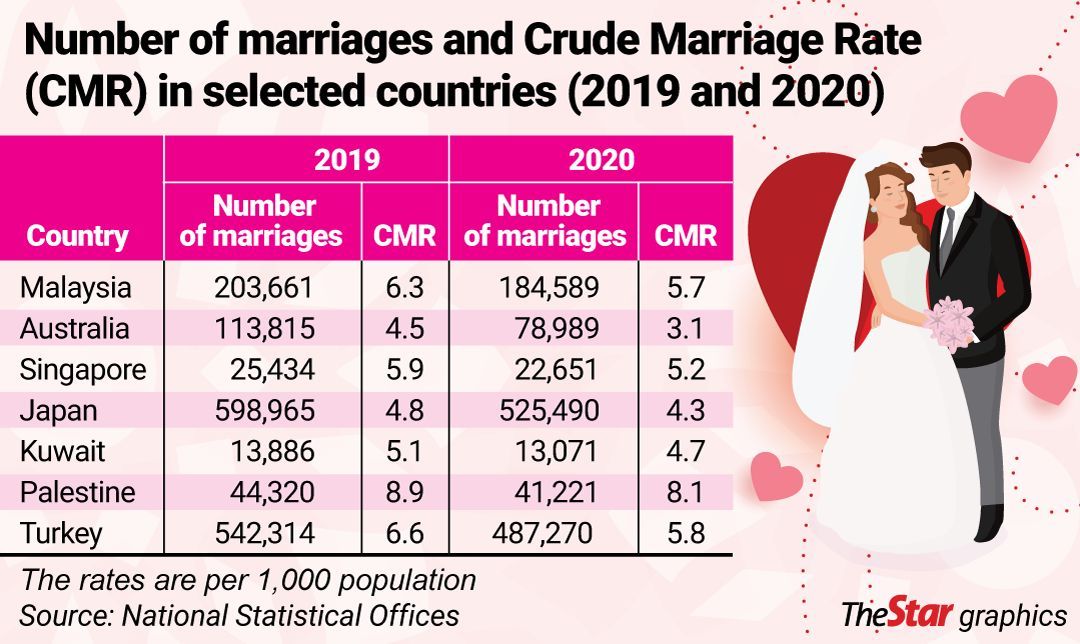 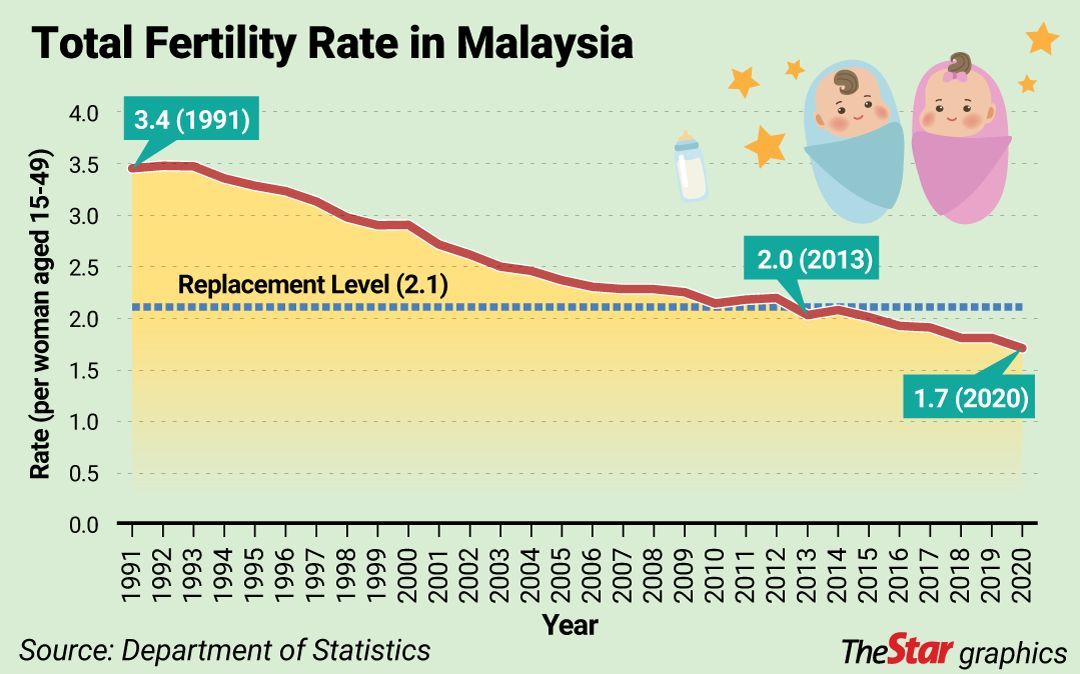 He added that the declining rate of marriages here is in tandem with other countries and territories such as Australia, Singapore, Turkey and Palestine.

(TFR is a standard demographic indicator used to estimate the average number of children a woman would have over her childbearing years, i.e age 15-49 years.)

“This indicates that the average number of babies born per woman throughout her reproductive life has been insufficient to replace herself and her partner,” Mohd Uzir explained.

The movement control order implemented last year also contributed to the reduction in marriages, with no solemnisation activities reported during the first extension of the MCO, until May 2020.