PETALING JAYA: The government should refrain from allowing labour-intensive foreign investments into the country and look towards strengthening domestic direct investment (DDI) instead, say some experts.

It should also encourage industries to automate while creating more local skilled workers.

Malaysian Consortium of Mid-Tier Companies president Callum Chen said compared with foreign direct investments (FDIs), DDIs were the country’s “own babies” that should be given priority by extending the reinvestment allowance (RA) to 2025.

“To have higher yields or output, let’s bring in new technology in automation followed by training to upskill and reskill our existing workers. 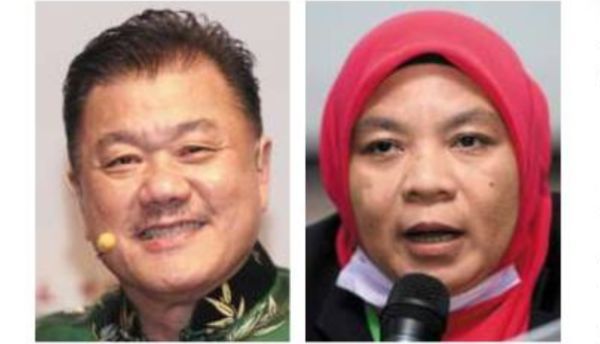 Higher yields: Chen and Zarina say only foreign high-tech skills investors should be allowed in.

“But not many local businesses are capable of reinvestment now because cash flow remains a concern after they exhausted most of their reserves during the Covid-19 pandemic.

The RA is a government incentive for Malaysian companies in the manufacturing sector and selected agricultural sectors to incentivise them to reinvest and grow their business.

A special RA was reintroduced under the National Economic Recovery Plan (Penjana) from 2020 to 2022.

An eligible company can claim an RA of 60% on the capital expenditure incurred during the assessment year.

Chen also called for the government’s business financing guarantees of Syarikat Jaminan Pembiayaan Perniagaan Bhd (SJPP) to be increased to RM20bil and open it to all mid-tier companies.

“The SJPP’s guarantee for rescheduled and restructured financing of up to RM10bil for small and medium enterprises (SMEs) is good, but it did not take off well because not all SMEs have the paperwork and documentation to get the approval,” he said.

He said businesses would invest resources in areas that provided the highest returns.

“When companies have the resources to automate, they can reduce headcount, especially in the assembly and packaging units, by 80%.

“They can also increase output by twice or thrice, such as what is being practised at my company,” said Chen, who is CEO of LH Plus Sdn Bhd, one of the world’s largest producers of consumer goods plastics.

Chen said with the right and attractive opportunities available, many Malaysian business people overseas will be willing to return here to be close to their families.

“By assisting businesses with working capital and a higher RA, they will be willing to invest and come back,” he said.

He was responding to Datuk Seri Ismail Sabri Yaakob’s announcement that the government will review all human resources and human capital policies to retain and attract skilled talents to the local job market.

While measures are taken to strengthen the local workforce, she said the government must be mindful of the types of investments, the workers and salaries offered to those coming here.

“Only those with high-tech skills should be allowed in.

“If the industry has been around for more than 10 years, then outside or foreign technical officials should no longer be needed,” she added.

Zarina also urged the government to only accept investors oriented towards high technology, automation and Industrial Revolution 4.0 instead of labour-intensive investments.

She said the government should tighten the entry of investors and foreign workers according to the actual needs of each employer.

There should be qualified bodies to assess the skills of workers and an integrated system to keep their numbers in check, she added.