KUANTAN: Women candidates in the 15th General Election have had to deal with sexism in many forms – dismissive comments about their abilities, criticisms about their appearance right down to lewd remarks and outright harassment.

PAS central election director Datuk Seri Muhammad Sanusi Md Nor, well known for shooting off his mouth, is again in the middle of the controversy, with a video showing him belittling women going round on TikTok and Twitter.

In the viral video, he disparages female leaders as incompetent.

“I don’t mean to look down on muslimat (women) but when you have constituents calling you at all hours of the day – in the day, at night, in the early hours of the morning – with all sorts of problems, can women handle this? At 3am?“We can only imagine women getting up at that hour with their hair all over the place,” the Kedah Mentri Besar said.

Many have criticised Muhammad Sanusi’s comments, calling him sexist and his comments inappropriate.

“It is women who can get up at 3am. We are the ones who get up at all hours of the night to feed our babies, change their diapers and care for them when they are sick. 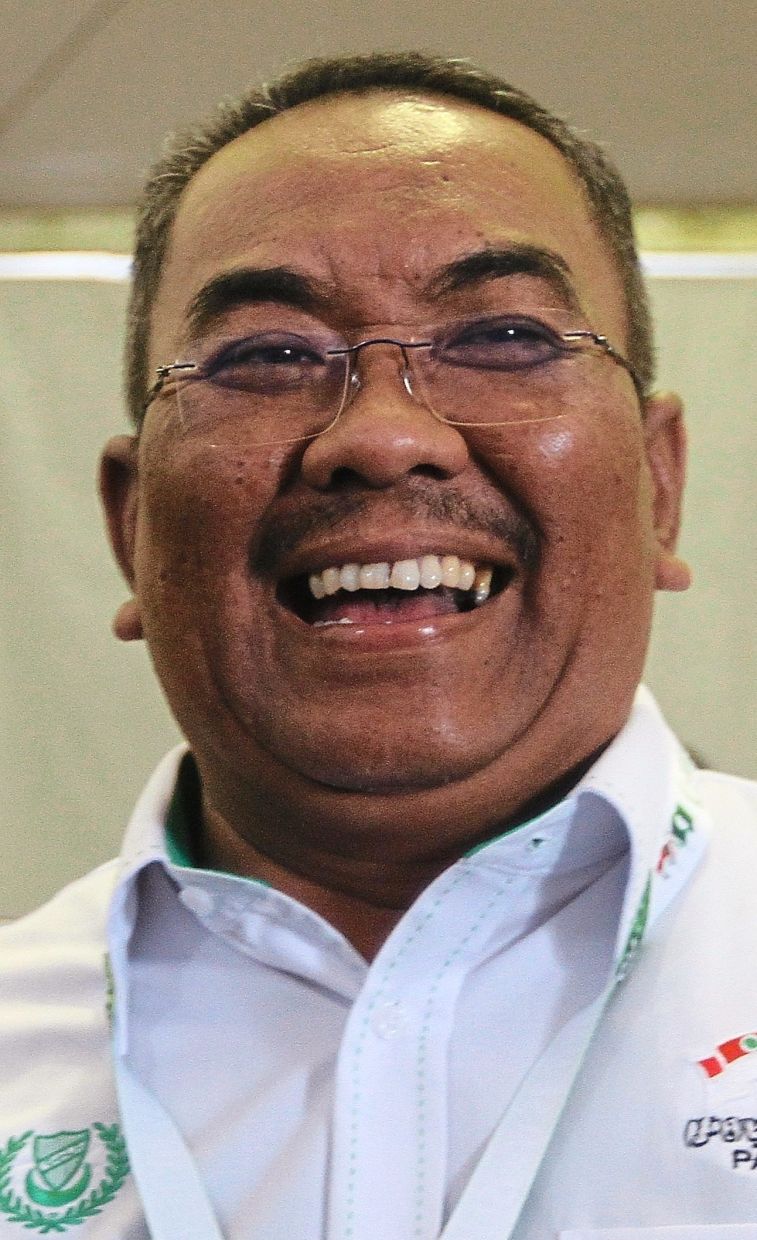 “But when it comes to being a YB, suddenly a woman is incapable? Why?” asked Twitter user @najwa_faizal, who goes by the handle LittleMissFarah.

Another user, @airforground, said: “PAS too has fielded several female candidates. So what is he saying about his own party’s candidates?”

User @aidadiduuu said: “I don’t know what’s so funny. People vote to go to Parliament, make better policy frameworks to help the people. It’s not only about waking up at 3am. Really shallow thinking here,” she said.

Incumbent Kuantan MP Fuziah Salleh has also been on the receiving end of lewd comments. During a livestream on her social media platform on Wednesday, a user told her: “You are old. Just stay home and play with your man, mak cik. No need to bother trying to be a minister.”

After the incident, Fuziah’s campaign staff filed a report with the police.

Her fellow Pakatan Harapan candidate, Nurul Izzah Anwar, who is contesting Permatang Pauh, has also been a target of sexist comments.

Twitter user @MaxTweetLimit made a snide remark on her asymmetrical “tudung awning”.

“Nurul Izzah’s Tudung Awning is never symmetrical, and I think that is actually her trademark everyday appearance. She’ll do it proper when needed, of course,” said the tweet, followed by four photos of Nurul Izzah in her tudung.

While @MaxTweetLimit was called out by Twitter users for the irrelevant comments, many also came to Nurul Izzah’s defence, saying she was pretty whether or not her scarf was symmetrical.

Only a few focused on her abilities as a leader and her track record.

When Wanita Umno information chief Datuk Norshida Ibrahim complained over the party’s failure to field 30% of women in its line-up, some netizens also made sexist remarks on social media, asking if she was “anti-men” or “anti-d***”.

Another posted a meme, which said: “Woman talking” followed by an image of the volume dial being turned down to zero.

Warisan’s candidate for the Simpang Pulai state seat has been harassed for looking somewhat different in person than she does in her campaign poster.

Hooi Mi Suet, a 29-year-old make-up artist, said people had been coming up to take pictures of her and comparing them to her poster.

“They claim that my face does not resemble the one on the poster, and some have even slandered me by claiming I was attempting to cheat people,” she said.

MCA Youth chief Datuk Nicole Wong said this kind of harassment “happens every single day” to women and urged the public and fellow candidates to “fight fair” and not stoop to such behaviour.

“I have been in politics for 21 years, and I have often been harassed with similar comments. My advice to women is to prove that we are capable.

“We need to stay firm,” said Wong, who is contesting the Tebrau seat in Johor.

Women’s rights activist Meera Samanther said such comments were “a dangerous trend” that needed to be stopped.

She said the Malaysian Communications and Multimedia Commission (MCMC) must take action against such gender-based violence online.

“Sexist and misogynistic statements contribute to a larger political culture that dissuades women from being involved in politics. As many as 127 women will be contesting in GE15. It is time they are taken seriously.

“Candidates must stand up and support their fellow running mates. Both rakyat and leaders should be more concerned about the capabilities of the candidates than their gender or tudung.

“MCMC must also play a role in being more proactive,” said Meera, who represents the Association of Women’s Lawyers.