TAIPING: The area near the jetty is dry, with caked mud, and the waters around the Orang Utan Island are at less than 0.75m deep, falling from the usual 2m.

The Bukit Merah dam near here is teetering at dangerously low levels, threatening about 12,000ha of padi crops and thousands of arowana fish bred in this area.

With the La Nina dry weather event hitting the area, large swathes of the dam’s farther reaches have dried up, leaving only a brown landscape of sun-baked mud and once-submerged tree stumps.

The dam level, at its deepest areas, fell from 8.53m on May 1 to 5.98m on May 27, leading to Kerian District Drainage and Irrigation Department announcing that it had to stop releasing water into the irrigation canals in the district.

The department said priority had to be given to two water treatment plants that the dam feeds.

Padi farmers nearby are not happy. Kampung Tebuk Panchor village development and safety committee member Mohd Khairul Nizam Yusop, 40, said there had been almost no rainfall in the area for the last month.

He told Bernama that some of the padi fields were replanted only a month ago and expressed fear the yield would be affected. 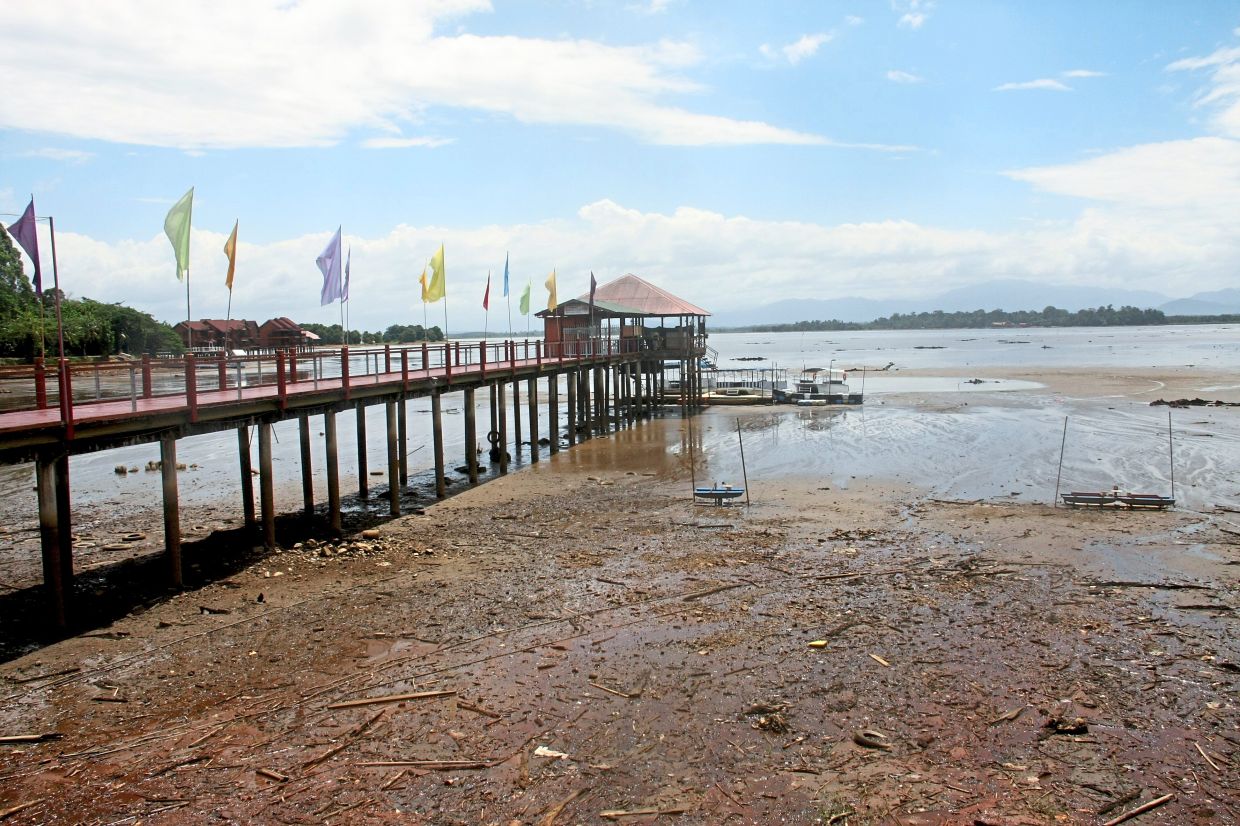 Forlorn: The state of the jetty, which has been closed for two weeks, in Pulau Orang Utan at the Bukit Merah Laketown dam. — Bernama

Built in 1906, Bukit Merah dam is one of the country’s oldest and was originally built to let padi farmers practise twice-a-year harvesting.

While cutting off supply to the irrigation canals has the farmers irked, it has helped edge the dam level up to 7.02m as of yesterday, based on data from the government portal Public InfoBanjir.

But the lake remains so shallow that passenger boats cannot take visitors to Orang Utan Island, a rehabilitation and conservation centre for orang utans on the lake.

Orang Utan Island Foundation manager Nur Hafizi Mohamad Hapiszudin said that while such a phenomenon occurs annually, this year was the worst in recent times.

“We have to use kayaks and small boats to reach the island and send food twice daily to the 15 orang utans there,” she said. The island lies 2.7km from Bukit Merah Laketown Resort.

Nur Hafizi said the water level off the island was at only 73cm yesterday.

For fishermen, the lake has become hazardous because their boats are in danger of being damaged by tree stumps that are now mere inches below the surface.

Perak Mentri Besar Datuk Seri Saarani Mohamad said on Tuesday that despite the slight rise in the dam’s level, the state will go ahead with cloud seeding plans because the dam’s 480sq km catchment area is heavily reliant on sufficient rainfall. He said the state would also talk with the Federal Government on a multi-million ringgit proposal to divert some of Sungai Perak’s flow into the Bukit Merah dam.