It’s not a complicated activity but some patience and dexterity is required.

The art of Chinese red paper-cutting is a folk art that has been around for over two thousand years.

Known as jian zhi, it is one of the oldest and most popular folk arts in China. Although its exact origin is hard to pinpoint, some believe the art form dates as far back as the 2nd century AD when paper was invented by Cai Lun, a court official of the Eastern Han Dynasty, in 105 AD. Archaeological records show that Chinese paper-cutting began later, in the 6th century, and gained more popularity from the 7th to the 13th centuries.

During the Qing Dynasty (1644-1912), Chinese paper-cutting was declared a national art in China.

Traditionally, the cut-outs are made using thin red paper, as red is an auspicious colour associated with good fortune and happy occasions. 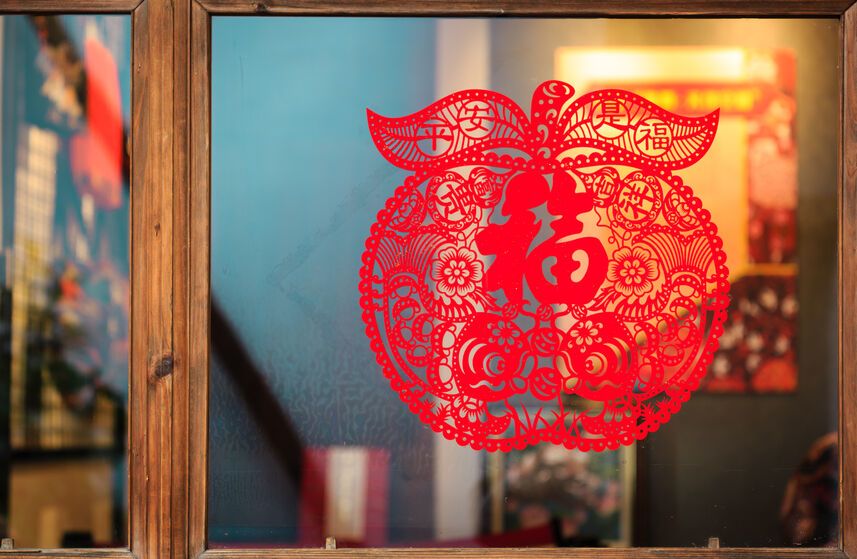 A Chinese paper cutting displayed on a window bearing the meanings of ‘happiness’ and ‘luck’ during the Spring Festival. Photo: 123rf.com

Designs usually consist of Chinese characters, flowers, animals and various other patterns used for decorations during special occasions like the Lunar New Year, weddings, birthdays and other festivals.

As they are popular as window decorations, the cuttings are also referred to as zhuang hua, or “window flowers”. However, they can adorn walls, doors, pillars, mirrors, lamps or lanterns.

Wherever they are placed, the cut-outs always represent good luck, prosperity, happiness, good health or longevity. 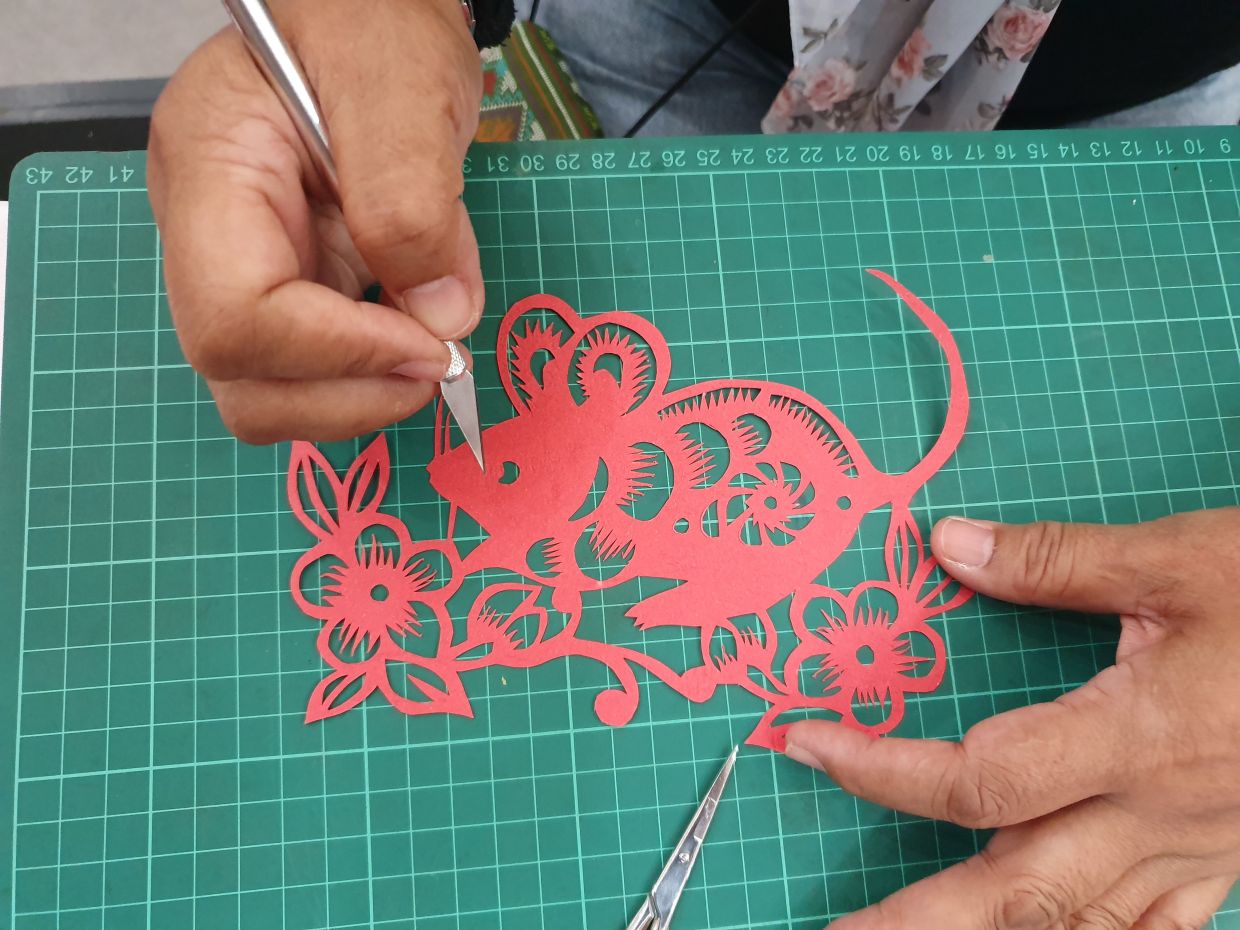 The art of paper-cutting requires lots of patience and a steady hand. 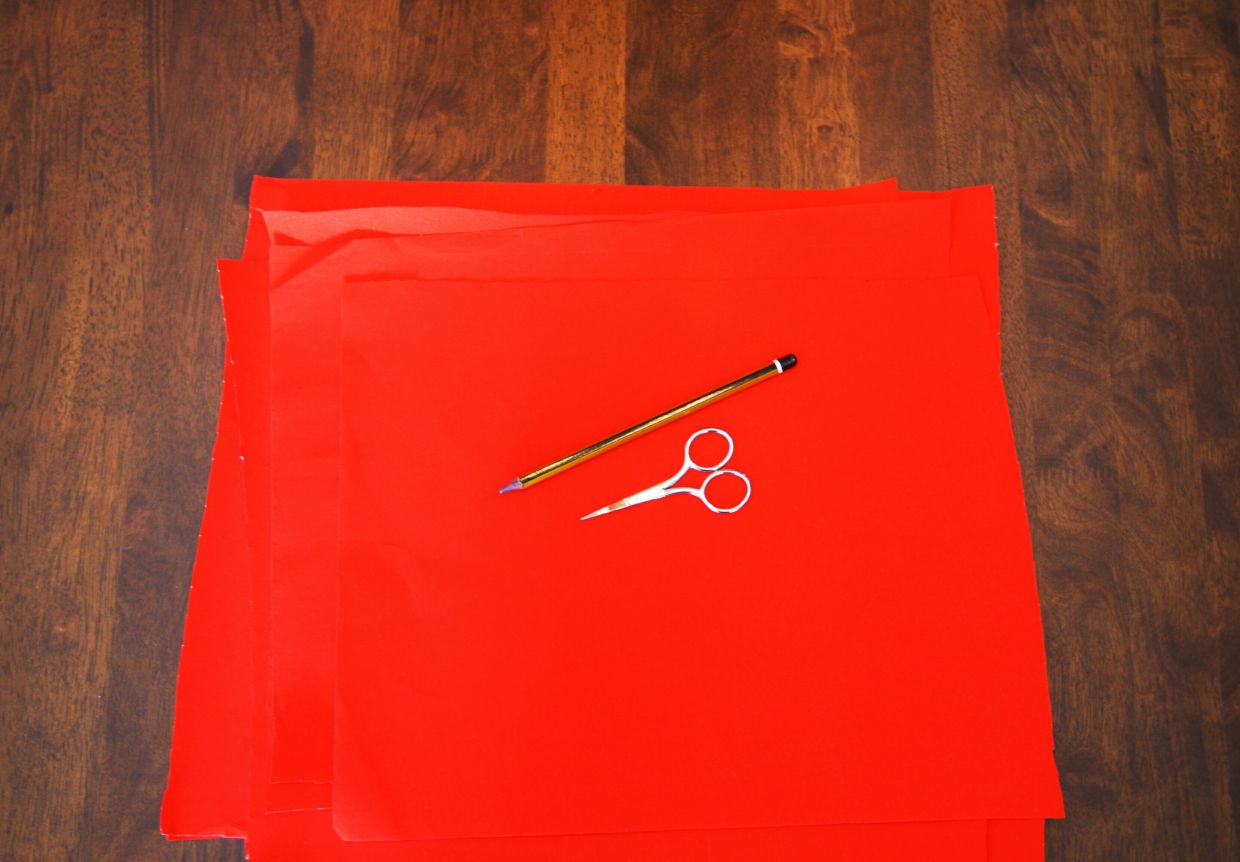 All you need are red paper, scissors and a pencil to make Chinese red paper cuttings.

In Malaysia, there are currently only a handful of artists who are preserving the art form.

One of them is 32-year-old Kajang, Selangor-based self-taught artist Eten Teo, who is regularly invited to conduct workshops and share his knowledge on paper-cutting.

His work ranges from intricate portraits to landscapes, and zodiac animals to buildings like the Petronas Twin Towers and old Chinese temples. 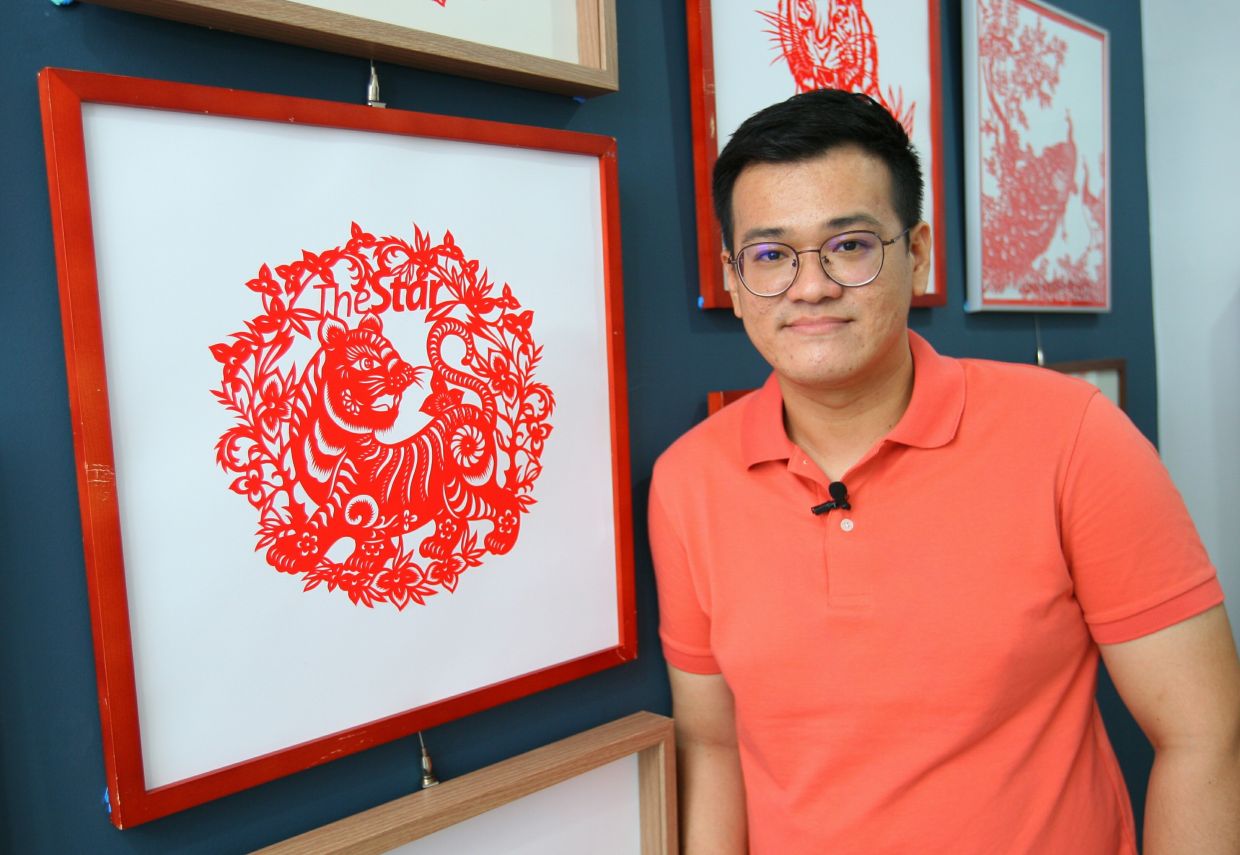 Teo is a self-taught paper-cutting artist with over 10 years’ experience in the art form.

The art of paper-cutting has also evolved into 3D pop-up versions and mixed media art forms.

Teo, for instance, has collaborated with other artists and crafters to combine his cut-outs with paintings or dried flowers and plants.

He adds that nowadays, many people prefer to buy the printed, mass-produced type of paper-cutting decorations for their homes. 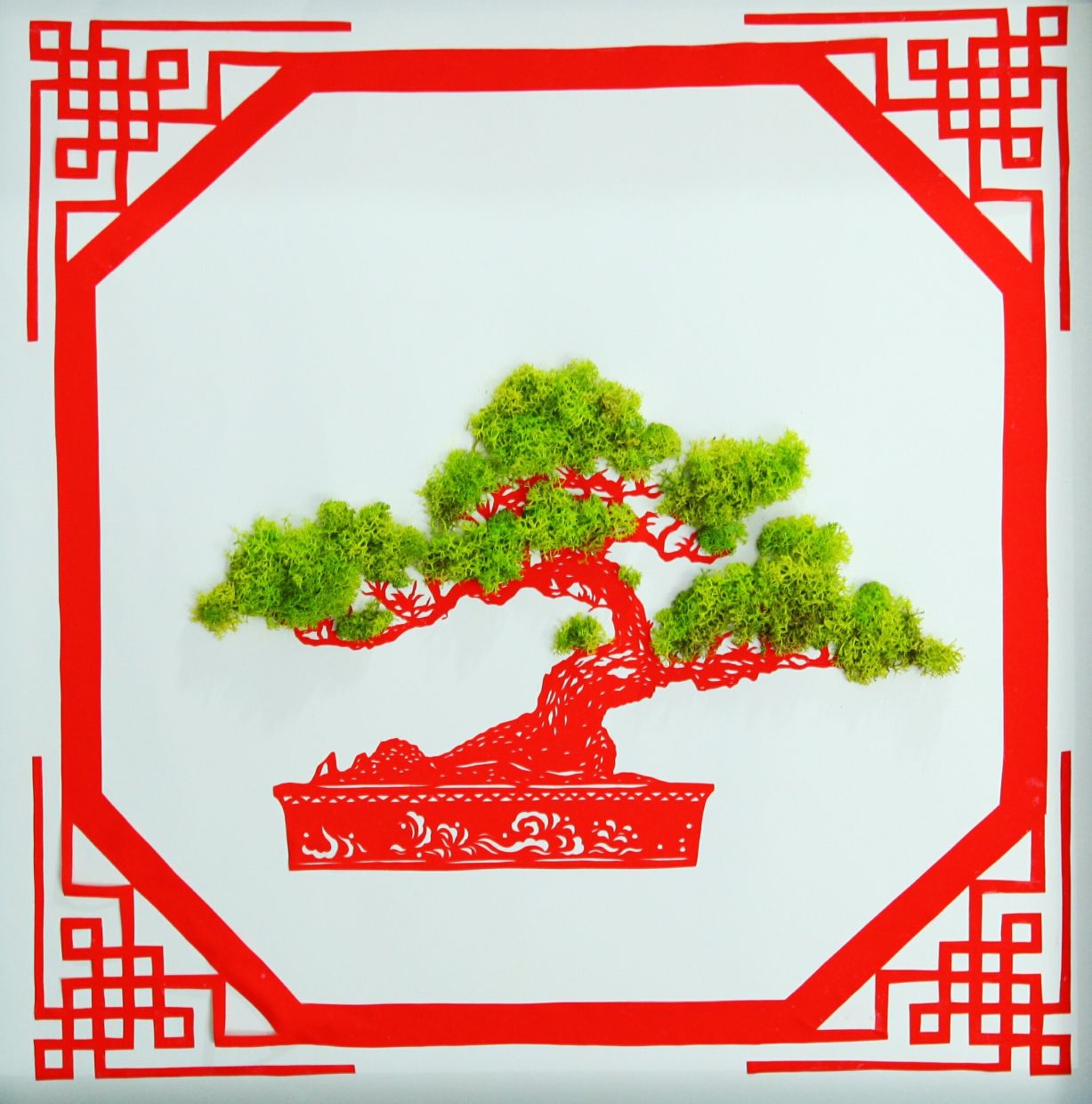 Teo started combining dried plants and flowers with his artwork two years ago.

But he believes that engaging in the art form is a great way to cultivate patience among adults and children alike.

“If you do it together with kids, you can show them how to transform a plain piece of paper into an artwork. So for young children, it can be a very beneficial activity,” says Teo. 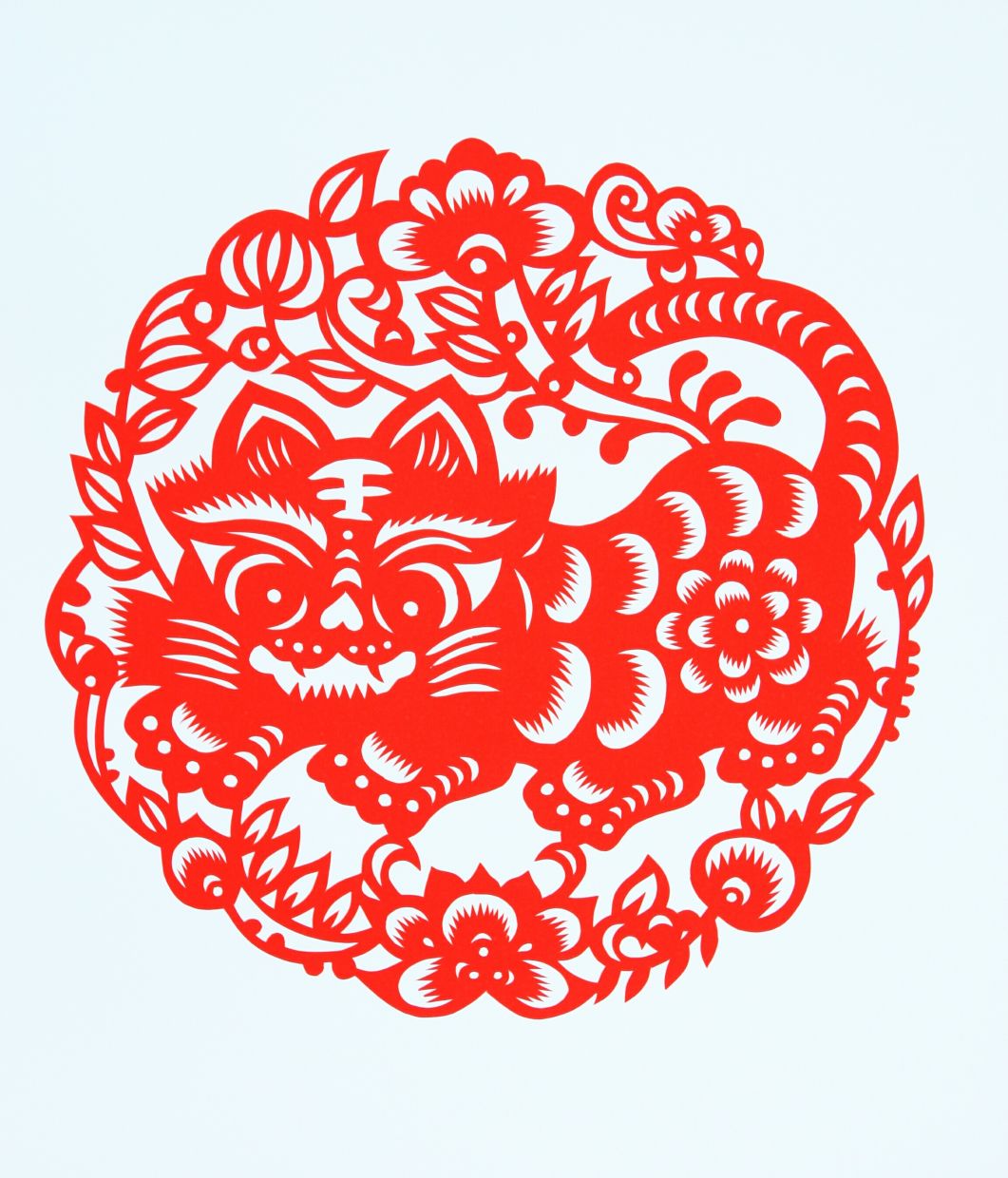 A recent piece done by Teo for the upcoming Year of the Tiger. 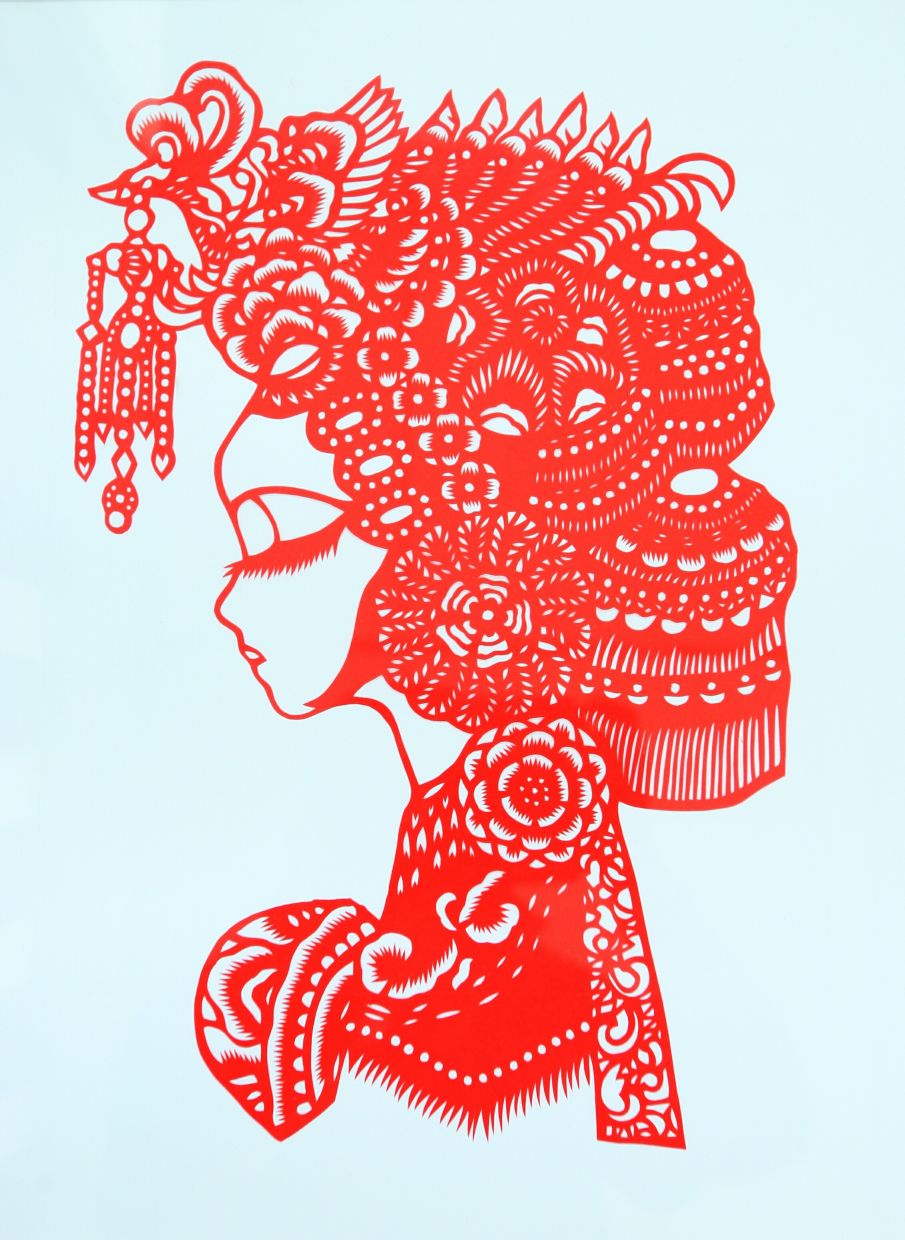 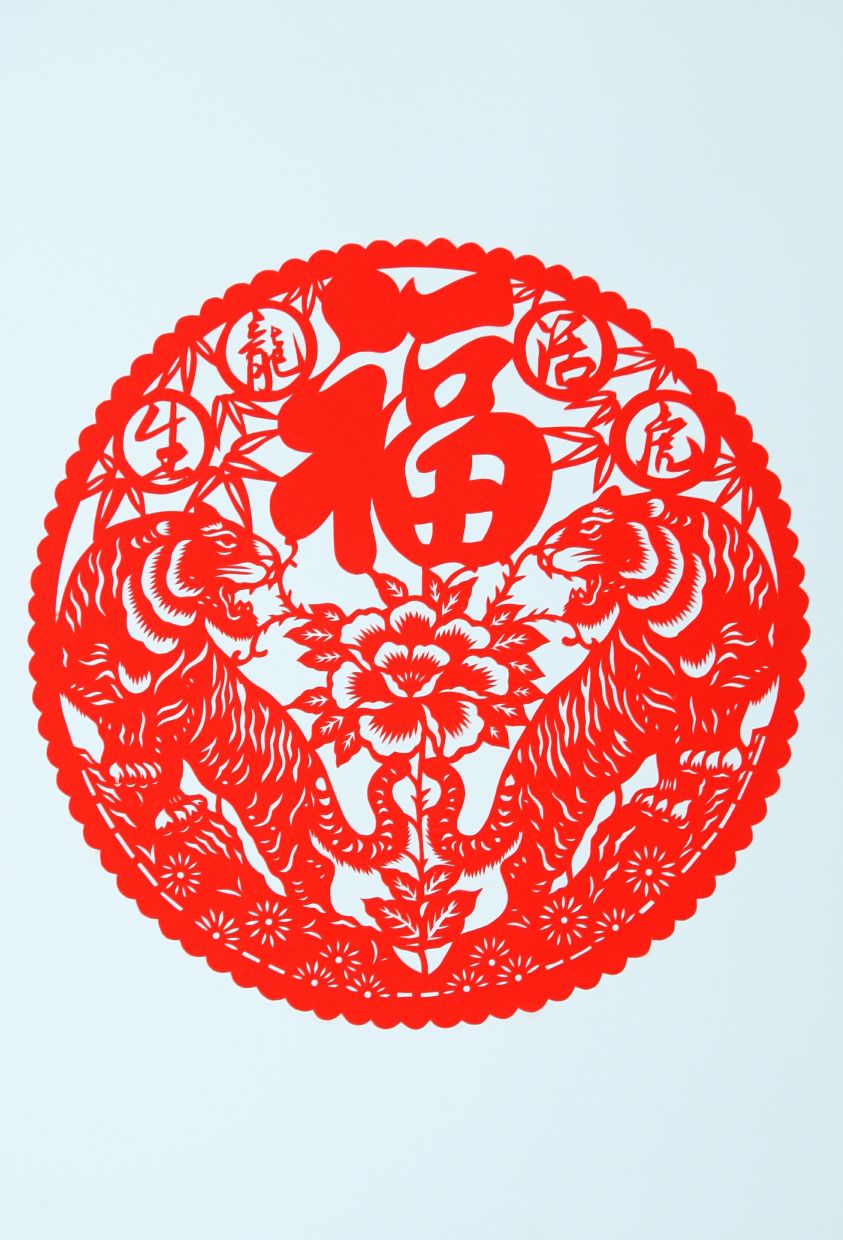 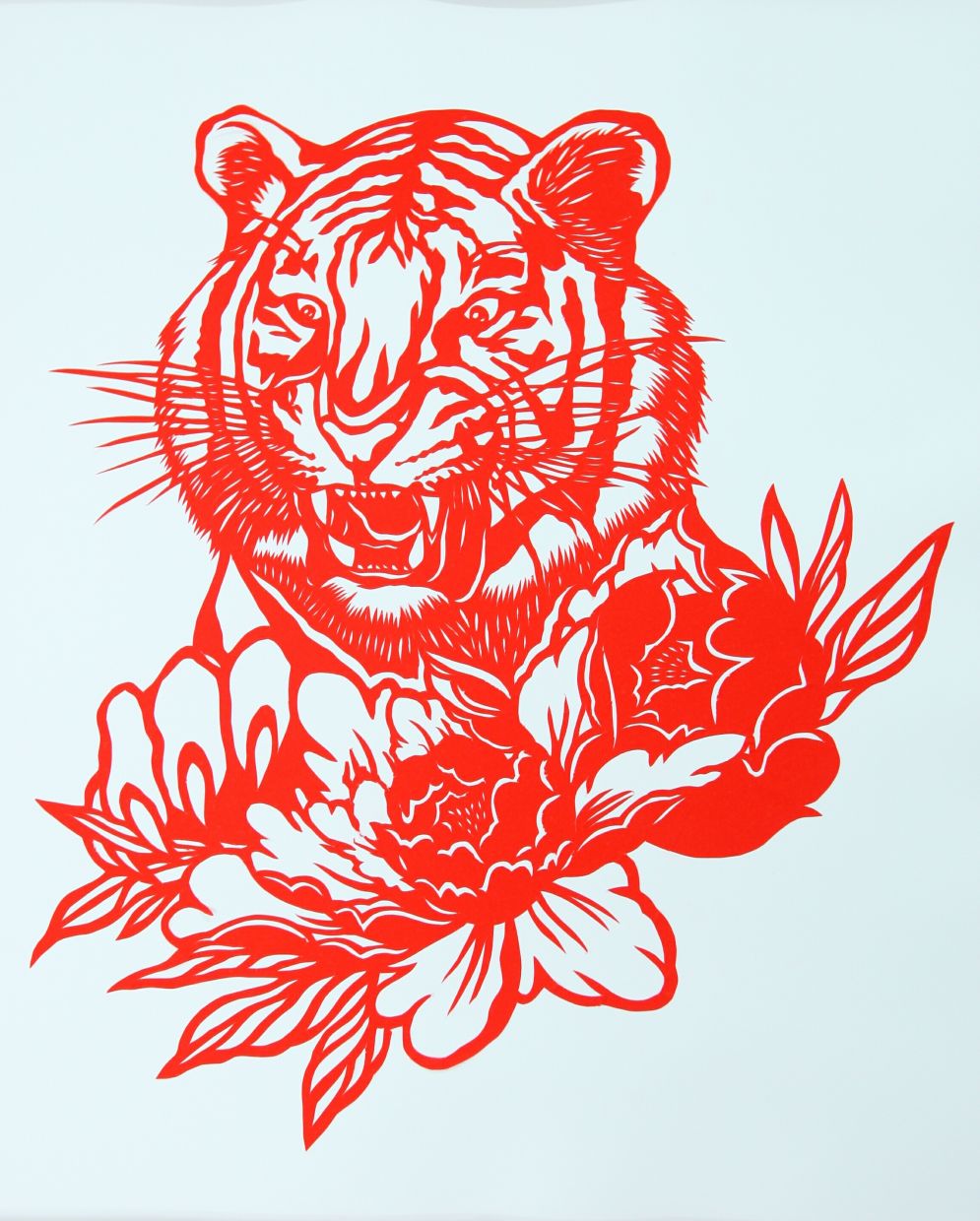 A tiger design with floral embellishments by Teo. Photos: The Star/Azman Ghani

He hopes that Chinese paper-cutting can be introduced in schools.

“That can instil in children a love for the art form and hopefully, help to preserve it in the long run,” he said.