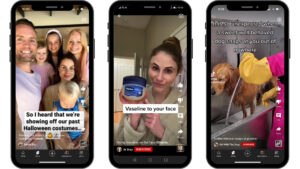 YouTube has revealed that it will be testing ads for Shorts which is its short-form video feature that has been seen as a direct competitor to TikTok. Google’s Chief Business Officer, Philipp Schindler has informed investors that YouTube is looking into experimenting with app-install ads and other promotions.

Shorts became available in more than 100 countries and has since generated around 30 billion daily views which are apparently four times more than last year’s figures. Sundar Pichai, CEO of Google and Alphabet, said YouTube receives over two billion logged-in viewers every month.

Without monetisation, YouTube Shorts creators make money from YouTube’s US$100 million creator fund, which pays out up to US$10,000 (~RM43,635) per month to popular personalities. TikTok similarly incentivises creators using its creator fund, but YouTube Shorts might soon be able to entice more TikTok stars into moving platforms with ad-revenue sharing.

Pichai said ads on Shorts will help boost the company’s ad revenue which was US$6.87 billion (~RM29.9 billion) during the first quarter of this year although it still fell short of the predicted US$7.51 billion (~RM32.8 billion). Despite that, he noted that there was a 40% increase in the number of YouTube channels that earned at least US$10,000 which could be taken as a sign of healthy growth, in general.