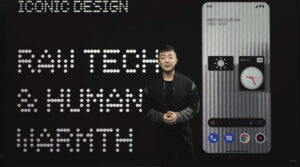 Carl Pei’s tech startup Nothing has now released its official launcher app on Google Play Store. As promised during the company’s “The Truth” keynote in March, this would enable users to sample an early build of the Nothing OS platform which will debut together with its forthcoming first-ever smartphone, the Nothing phone (1).

However, don’t expect a full-fledged Nothing OS experience though, as the launcher app version only mainly focuses on showcasing graphics, animations and a couple of tricks that are exclusive to the platform. According to the company’s official blog, available in the preview are Nothing’s original clock and weather widgets, wallpaper, as well as the Max Icons and Max Folders feature where users can enlarge app folders or individual apps by holding and pressing on their respective icons.

Additionally, the company noted that some extra content has also been made available as a separate download to further enrich the Nothing OS experience. These include two extra Nothing-themed wallpapers and three different Teenage Engineering-tuned ringtones – all of which can be downloaded via this link.

Unfortunately, Nothing notes that the launcher is only available to a handful of Android smartphones for now as it is still in beta. Devices that currently support the app include the Samsung Galaxy S21 and Galaxy S22 series as well as Google Pixel 5 or later, while a OnePlus compatible version is said to be coming soon.

Those on the aforementioned compatible devices above may download the Nothing Launcher via Google Play Store. To activate it, simply head over to Settings > Apps > Default Apps > Default Home App, and finally select Nothing Launcher. Lastly, you may also choose to provide your feedback or suggestions regarding your Nothing OS experience by contacting the company via email or its official Discord server.

The post You Can Now Sample Nothing OS Via Its Official Launcher From Play Store appeared first on Lowyat.NET.