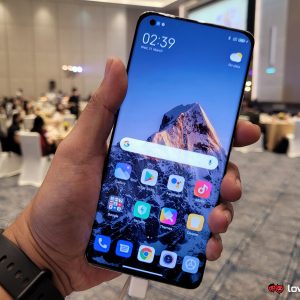 Xiaomi today via Weibo has announced the launch date of its latest flagship smartphones, officially confirmed to be known as the Xiaomi 12 series. Unlike what was rumoured last month which suggested the event would take place in the middle of this month, the company revealed that the launch will be held in China towards the end of the year on 28 December.

Unfortunately, Xiaomi did not share anything else regarding the new phones. Prior to this, leaks suggest that the Chinese tech giant will allegedly first launch three models: the entry-level Xiaomi 12X, the standard Xiaomi 12, and the high-end Xiaomi 12 Pro.

In terms of specs, it is quite likely that the latter two variants will come equipped with the latest Snapdragon 8 Gen2 chipset to power its internals. Leaks also implied that the standard Xiaomi 12 would sport a curved 120Hz 2K display with a tall aspect ratio, 120W fast charging capability, an ultrasonic fingerprint sensor, and a triple rear imaging system with a 50MP primary camera.

The supposedly more affordable 12X, on the other hand, is said to come with a Snapdragon 870 chipset, a 6.28-inch OLED display, a 50MP primary camera, 20MP selfie camera, as well as a 5,000mAh battery with 67W fast charging via wired and 33W fast wireless charging. Meanwhile, an Ultra variant of the new flagship series is rumoured to only be released by early 2022, and is suggested to feature an imaging system co-engineered with German camera maker Leica.

One thing’s for certain, we’ll only find out whether these leaks and rumours are accurate or not once the official launch arrives. As with Xiaomi’s previous events, it is likely that the launch will be streamed live online, but details regarding its time and where viewers can watch the broadcast have not been announced yet.