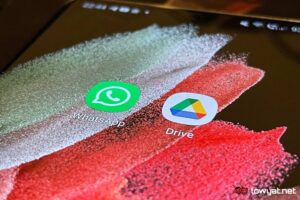 WhatsApp is reportedly working on several updates for itself, and one of them is allegedly an “Undo” feature. As its name suggests, the new tool can be utilised by users to undo certain actions, such as restoring messages that have been or were recently deleted.

News regarding the inclusion of the tool was first revealed via WABetaInfo. As to how it works, it’s pretty self-explanatory: should the sender accidentally press the “delete for me” instead of the “delete for everyone” button­  which is a horrifying thought­  tapping on the “undo” button that will show up next to the displayed “message deleted” bar.

To be fair, this isn’t the first time the “Undo” feature has floated around WhatsApp’s purview. In fact, the concept of the editing tool first came to light as far back as 2017, but it’s safe to say since then, several changes have been made.

While this might seem like a novel idea or concept for the messaging app, it wasn’t the original creator, nor is it the one currently making full use of it. Telegram, WhatsApp’s direct rival, already has the tool and has been using it for some time now, providing users with a window of a couple of minutes for users to reclaim their deleted message.

So, while the “Undo” button may seem like the long-awaited step-up for WhatsApp, it is without doubt that Telegram offers more functionality­, especially when considering other factors such as quality and server storage when sending files. As it stands, the rival messaging platform has far more users compared to its rival, but despite that, they’re still giving each other a run for their money.

As the feature is still under development and with no news regarding the launch date, it is hard to pinpoint an exact date for the official update. However, in the meantime, users of WhatsApp can look forward to other awaited updates like the double verification security code, group polls, and as previously mentioned, the message editing tool.

Irfan Iskandar contributed to this article.