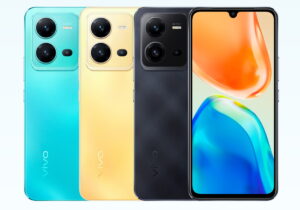 First revealed to the world earlier this month, vivo today has officially launched its new V25 series in Malaysia. However, the arrangement in our market is slightly different from what we have seen during the global announcement though.

In Malaysia, the V25 series will still be made available in two different models but there is no Pro variant at launch though. Instead, vivo has decided to release a lower-end model called the V25e alongside the standard V25.

At a glance, the V25e looked so similar to the standard V25. In fact, both of them share plenty of similar features including a 6.44-inch Full HD+ 90Hz AMOLED display, 8GB RAM, and 256GB internal storage. In addition to that, both phones have also been equipped with a 4500mAh battery with support for the 44W FlashCharge charger.

Furthermore, the V25 runs on a MediaTek Dimensity 900 processor and has 5G support as well as NFC capability. As a comparison, the V25e relies on MediaTek Helio G99 and does not come with either 5G support or NFC.

On a related note, the V25e still features colour changing body but it is only available for the Sunrise Gold colourway. For the standard V25 variant, this feature can be obtained on both the Sunrise Gold and Aquamarine Blue.

Of course, the biggest differentiators of them all are their price tags as the standard V25 goes for RM 1,799 while the lower-end V25e is listed at RM 1,399. Both models are available for pre-order starting from today onwards ahead of its open sale which will begin on 3 September.

Early adopters of the V25 and V25e will receive a leather backpack and premium gift box, respectively. Regardless of the models that they choose, pre-order customers of the V25 Series will be provided with 1-year of extended warranty and screen damage protection.