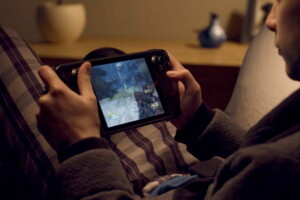 According to PC Gamer, FSR will be available for the games that support the upscaling feature but more importantly, Valve aims for the technology to be available across the board for all titles, even if they do not natively support it.

As a quick primer, AMD’s FSR renders a game at a lower resolution and then proceeds to upscale it to the set resolution of the output. By doing this, gamers are able to enjoy the game at higher framerates, compared to running it at its native resolution, albeit at some cost of in-game details.

The only problem with this scenario is that, as it stands, the Steam Deck’s native resolution is already at a low 1280 x 800. At such a low native resolution, having FSR rendering game details at resolutions lower than that could have an adverse effect on the overall experience. Case in point, NVIDIA only recently made its DLSS upscaling feature available at Full HD resolutions, something that wasn’t available before that.

Having said that, just having FSR readily available may just be what the doctor ordered for the Steam Deck, particularly for when the portable console is docked.