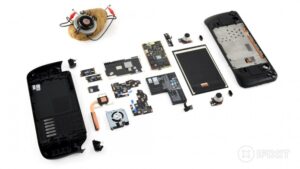 Not too long ago, Valve released the CAD files for the Steam Deck so people can 3D-print its shell on their own. It will also be possible to buy spare parts if you choose to repair it on your own. And it is appointing iFixit as one of the authorised sellers of those parts.

In a post on Steam, Valve says that the two “are still hammering out the details”. But beyond the Steam Deck, iFixit will also be the place to go to if anyone needs parts to fix their Index VR kit.

Naturally, iFixit has gone through its own teardown of the Steam Deck. And it goes a little further than Valve’s own. Where it’s maker stopped at replacing the thumb sticks, the folks at iFixit went all the way to removing the battery and display, and putting them all back together to show that the handheld gaming PC still works. Said battery is also rated as the most difficult to replace.

All that being said, it’s likely that none of this will apply to most of us, since Valve doesn’t ship the Steam Deck here anyway. At least, not officially. Though some of the local gaming retailers like Impulse Gaming may be able to acquire a few units.