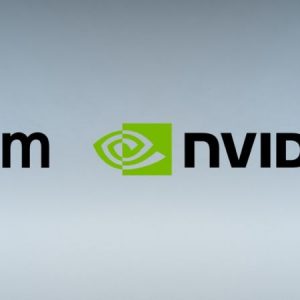 NVIDIA’s plan to acquire Cambridge-based semiconductor maker ARM is facing yet another block, but this time by the US Federal Trade Commission (FTC). The agency filed a lawsuit against the graphics card manufacturer earlier today over concerns that the USD$40 billion (~RM168.9 billion) deal would disrupt competition for multiple technologies.

The FTC says a merger between the two would give NVIDIA a way to stay ahead of its rivals, as ARM is considered a “critical input” that fosters competition between multiple tech companies. “The proposed merger would give NVIDIA the ability and incentive to use its control of this technology to undermine its competitors, reducing competition and ultimately resulting in reduced product quality, reduced innovation, higher prices, and less choice, harming the millions of Americans who benefit from ARM-based products,” it said in a statement.

The agency added the acquisition would potentially cause ARM to reduce its incentive to develop tech that might counter the renowned GPU manufacturer’s business goals. Furthermore, it also alleges that NVIDIA may gain access to sensitive information from ARM licensees such as Qualcomm and AMD after the merger, which is another major concern for its competitors.

Meanwhile, NVIDIA appears to be unfazed by the lawsuit. In a statement, the company regards it as the “next step in the FTC process” and insists that, despite the claims, the merger will benefit the industry and promote competition. “NVIDIA will invest in ARM’s R&D, accelerate its roadmaps, and expand its offerings in ways that boost competition, create more opportunities for all Arm licensees and expand the Arm ecosystem,” the statement reads. “NVIDIA is committed to preserving Arm’s open licensing model and ensuring that its IP is available to all interested licensees, current and future.”

The lawsuit arrives months after UK’s Competition and Markets Authority (CMA) launched its own anti-competitive investigation on the merger, which has also stalled the deal from proceeding. That being said, the Federal Trade Commission revealed that the administrative trial against NVIDIA is due to start on 9 August 2022.

The post US Federal Trade Commission Sues NVIDIA To Block Its Acquisition Of ARM appeared first on Lowyat.NET.