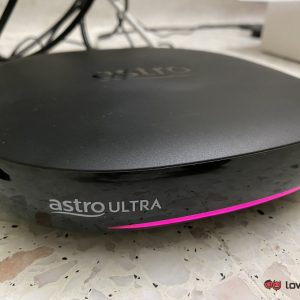 Astro last night revealed that certain customers on the unifi network have experienced connectivity issues. It was not clear when exactly the issue began to appear but based on the replies to the notice that was posted at 7:03 PM on Astro’s Facebook page, the disruption lingered around for several hours.

The connectivity issue was not only limited to Astro Ultra Box and Ulti Box but has also affected the Astro GO app according to several customers. Signs of recovery then begin to appear at around 9:45 PM as Astro’s customer service agents on its Facebook page have begun asking users to reboot their unifi’s modem and router in order to have their Ultra or Ulti Box online once again.

Interesting enough, Netflix Malaysia’s official Twitter account posted a tweet at 10:16 PM which said that unifi customers were having problems accessing its services as well. However, the company followed with another tweet around an hour later to inform that the issue has been rectified.

Despite what has happened to Astro and Netflix, things were rather quiet on TM’s end though. Up till now, there are no mention of connection issues on the unifi Service Status page or its social media channels which made us wonder what really happened behind the scene at TM yesterday.

(Thanks to Josh HD for the tips!)