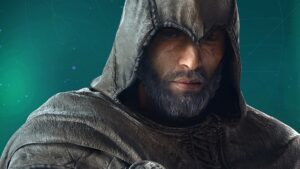 If you played Assassin’s Creed Valhalla and liked the character Basim, then you’ll probably like what you’re about to read. A new report indicates that Ubisoft is working on a smaller, stealth-focused AC title for the character.

According to Bloomberg, the game is known internally with the code-name Rift. It was initially supposed to be an expansion for Assassin’s Creed Valhalla itself. But the project grew large enough to be its own game. IN addition to the stealth emphasis, the report also says that it “won’t be a massive open-world role-playing game like previous recent entries”.

Considering the scale of AC Valhalla or Odyssey, it makes sense that a smaller game wouldn’t use as huge a map. But considering it’s gotten too big to be just a DLC, then maybe we’re looking at something that’s a little larger than Freedom Cry, the standalone DLC for Assassin’s Creed IV: Black Flag.

It also remains to be seen if this will be the first entry into the Assassin’s Creed Infinity live service model. There’s an argument to be made for both sides, considering it’s both a shorter story and also one that’s tied heavily to Valhalla. Either way, the report indicates that this standalone Basim title should be released later this year, or early next.

The post Ubisoft Has A Smaller Assassin’s Creed Game For Basim appeared first on Lowyat.NET.