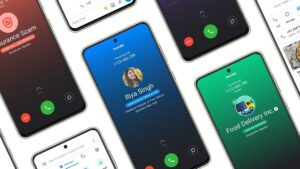 Truecaller has announced that it will be partnering with several Android smartphone manufacturers to pre-load its app into the OS. The spam detection app will be installed in phones across several key markets, including India, Latin America, and even Malaysia.

Through the new partnership, the app is expected to be pre-installed in over 100 million new phones for the next two years. However, the Swedish company didn’t specify exactly which brands it’s working with to make this happen but the huge figure seems to suggest that its partners are major players in the Android market.

Seeing Malaysia on the list did not come as a surprise to us though. The app saw an active user growth of 42.5% in our market last year while the company’s data showed that Malaysians received an average of eight million spam calls every month which put us at number 32 globally in terms of spam calls.

Meanwhile, Truecaller insists that users won’t be forced to activate the pre-installed app on their future phones. At the moment, it already has over 300 million active users globally, with 50 million users added in 2021 alone.

The post Truecaller Will Come Pre-Installed In Some Android Phones In Malaysia appeared first on Lowyat.NET.