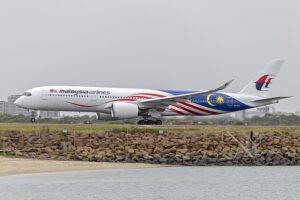 If you’ve taken any flights last month, you’ll know that, in addition to the many delayed and rescheduled flights, prices for those flights were also on the high side, to put things mildly. Things may change as we approach August. Transport Minister Dr Wee Ka Siong has said that the government is expecting air fares to go down by then.

The Vibes reports that recent air fares have been high partially due to high air fuel prices. Also contributing to the high prices in recent times is the fact that many airlines’ planes are still being sent for maintenance, repair and overhaul (MRO). This is a mandatory three-month process for planes that were left unused for extended periods of time. Which, as you’d expect, the COVID-19 pandemic and the restrictions during that time would constitute as.

On that note, AirAsia previously said that only 40 of its planes were operational last month, compared to over 95 before the pandemic hit. The airline had told the Minister of Domestic Trade and Consumer Affairs Alexander Nanta Linggi that it plans to increase the number of operational planes by July, but did not mention a specific number. This would more or less coincide with the lowering of air fares mentioned earlier.

In the meantime, the minister said that the Transport Ministry will continue to monitor air fare prices via the Malaysian Aviation Commission (Mavcom). This is to ensure that none of the airline companies take advantage of the situation, though what form that would take was not elaborated on.

On the subject of price, Wee also said that people should get their tickets early when planning to travel to enjoy better prices, especially for festive seasons. He said that “any airline company anywhere would charge more if one purchases a ticket too close to the actual departing date”.