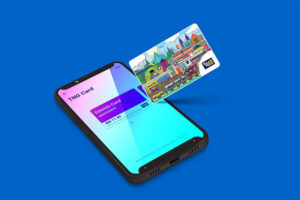 TNG Digital CEO Ignatius Ong has revealed that the company plans to introduced a new version of the physical Touch ‘n Go in a few weeks. The upgraded card will feature near-field communication (NFC) technology to finally enable the long-coveted ability to reload your card from your TNG eWallet app.

The new card has been long in the making, with TNG initially announcing that they would launch it by the end of 2021, which obviously didn’t happen. Ong said that the 20-year-old card lacks the ability to directly top up from the eWallet because it requires a specific card reader for security reasons.

If you remember, TNG actually rolled out a card reload feature via the app back in 2018. However, it required users to bring their card to a special terminal to transfer their reload to the card after topping up from the app. The method was so unpopular that TNG suspended it soon after.

Ong didn’t reveal an exact date or pricing for the NFC-enabled card, but users are sure to be delighted to have the feature after such a long wait. Currently, the only direct link between the card and the app is PayDirect, which is limited to parking and toll payments. Aside from upgrading the TNG card, the company also plans to launch a Visa prepaid card that will be tied to your eWallet.