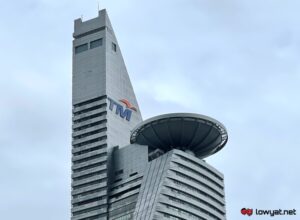 TM today announced that it is part of the consortium that is responsible for the new Southeast Asia – Middle East – Western Europe 6 (SEA-ME-WE 6) submarine cable system. Expected to be ready for service by the first quarter of 2025, the cable system will link Marseille in France and Tuas in Singapore.

In terms of capability, TM said that the new SEA-ME-WE 6 cable will offer one of the lowest latency routes between Malaysia and Europe alongside a transfer speed of more than 100Tbps. To be deployed by SubCom [pdf], it has a total distance of 19,200km and will go through 11 different countries.

There are also two more stations in Kuantan, Pahang and Mersing, Johor. At the moment, the company already has 30 submarine cable systems under its watch – both domestic and international – that covers a distance of more than 320,000km.