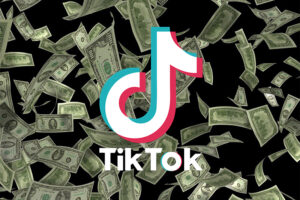 TikTok has confirmed that it is working on paid subscriptions for its creators, coincidentally not long after Instagram announced a similar feature in the works. Just like the latter, the short-video platform will be rolling out the test to a limited number of creators before expanding it to the general public.

The new feature was originally discovered by The Information, which TikTok later confirmed to TechCrunch of its current development. However, not much else about the platform’s paid subscription service has been revealed, such as what kind of content will be offered to paying subscribers, or even the price tiers. “We’re always thinking about new ways to bring value to our community and enrich the TikTok experience,” a spokesperson told the publication.

Interestingly, it is still unclear how the paywall would be implemented. TikTok is famous for its algorithm, which pushes videos from creators to users that do not even follow them under the “For You” page in order to increase engagement. The algorithm is so effective that TikTok-owner ByteDance began selling it to other companies through its BytePlus division.

If the platform’s popular creators hide their best content behind a paywall, that might actually lead to less engagement. Creators would have to find a delicate balance between broadening their reach with public videos and incentivising existing followers to pay up for exclusive content.

As of late, many social media sites have been racing to increase monetisation to attract creators. YouTube, Twitch, and Twitter already allow fans to directly support their favourite online personalities by sending tips. Meanwhile, Twitter is also testing its own subscription feature for creators called Super Follows.

(Source: The Information via TechCrunch)

The post TikTok Is Also Working On Paid Subscriptions For Creators appeared first on Lowyat.NET.