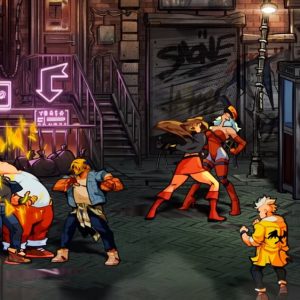 Making movie adaptations of video game IPs look to be all the rage once again. And Sega has something going for it now that its Sonic movies have been pretty successful. But it looks like another Sega game is getting the silver screen treatment, and it’s one that feels like it would work wonders. This is because it’s the classic 90s beat ’em up, Streets of Rage.

Deadline reports that Derek Kolstad, who created John Wick, wrote a script adaptation for the movie adaptation. Also to be involved in the Streets of Rage movie production are dj2 Entertainment and Escape Artists. The former were also the Sonic franchise producers.

As a movie, its easy to see Streets of Rage being simply an action fest where the story takes a back seat. The games themselves have a basic premise, but they’re usually simply an instrument to drive the players forward to additional stages, if anything. While this means that the movie makers can take a lot of liberties, it also means that there’s not much in terms of reference material, despite now being four games in the series.

All in all though, it looks like this Streets of Rage movie won’t be out for awhile. According to Engadget, no deal has been signed yet, but it’s likely to soon be in motion.

The post Streets Of Rage To Get A Film Adaptation appeared first on Lowyat.NET.