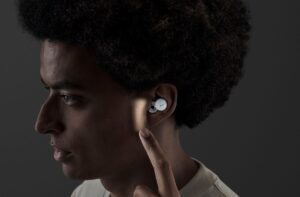 Sony is officially pulling back the veil on its latest audio accessory, the LinkBuds. The new in-ear headphones feature a unique ring design that clearly looks refreshing and is a far cry from most current earbud designs.

As per the official fluff, the LinkBuds’ open ring design is made with the concept of a “Never Off” wearing experience, allowing users to enjoy their favourite music while also experiencing clearer calls and conversations. Specs-wise, they feature a newly-developed ring driver in each earbud. Each driver measures in at 12mm and on top of that, they also contain Sony’s V1 Integrated Processor. Oh, and they’re also IPX4 rated for water resistance.

One of the LinkBuds’ greatest strengths, according to Sony at least, is its ability to take calls without any noise. This is made possible through its noise reduction algorithm, developed through the use of AI, machine learning, and the use of more than 500 million voice samples. Used to suppress ambient noise and extract your voice clearly.

Another interesting feature of the LinkBuds is your interaction with them. Because of their smaller stature, Sony has designed a Wide Area Tap sensor, so that you can simply tap the side of your ears, and not the LinkBuds themselves, you can actually activate preset functions that are assigned to each earbud, including playback functions or access to your Google Assistant, for starters. Battery-wise, the LinkBuds can reportedly go for 5.5 hours on a full charge, while its charging case carries an additional 12 hours of power.

The Sony LinkBuds will be available at all authorised resellers and Sony stores starting 17 February. Price-wise, the earbuds will retail for RM849.