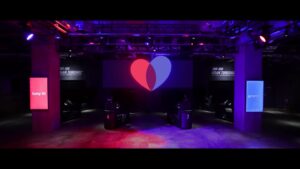 We’ve seen AIs beating humans at increasingly complex games. There have been two for Go, one made by Google and another by Tencent. Both trounced the world’s best human player of the game. Then there’s OpenAI, which defeated the winners of The International 8 Dota 2 tourney, albeit with restrictions. Now, Sony has one for its PlayStation exclusive racing sim series, Gran Turismo.

Known as Gran Turismo Sophy, the AI is made to be the best driver possible in the series. It has all the racing basics down pat, from racing lines to taking split second overtaking opportunities. And it does this while maintaining racing etiquette, so it won’t be ramming others off track or cut corners.

Though that last one may be up for debate, if you watch some of the demonstrations of the AI driving. One can argue that, because it’s an AI, it’s cutting as much of a corner as the game would allow, where a human steward may flag as a violation.

Despite some typical AI behaviour, GT Sophy performs way better than the average AI you’ll find in such games. Sony and Polyphony Digital, the GT devs, pit Sophy against some of the best racers in GT Sport. This applies to circuit races as well as time trials.

Both Sony and Polyphony Digital says that they will be integrating GT Sophy into future releases of Gran Turismo. It probably won’t be making it for GT7, but who can say what will happen for the next game in the series.