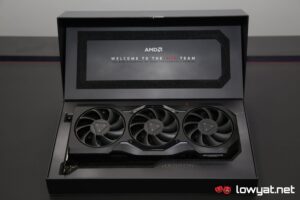 It appears that some reviewers are reporting a temperature spike in several of AMD’s Radeon RX 7900 Series graphics cards. Apparently, this spike can go as high as 110°C and its relegated towards the hotspot of the cards’ GPU.

One site, the Germany-based Hardwareluxx, noted that the issue seems to only affect RX 7900 XTX and XT Made By AMD (MBA) reference cards, and to that end, the chipmaker says that it is aware of the issue and already looking into it. On a related note, deltas of 30°C between the GPU and their hot spot temperatures are not uncommon and in some cases, the number for the latter section can go higher than the rest of the GPU.

In our review of the Radeon RX 7900 XTX, our hotspot temperatures never went beyond 88°C, and the delta between it and our actual GPU temperature at load averaged around 10°C.

As per Hardwareluxx’s observations, some AIB partners that sell their RX 7900 Series cards with AMD’s reference coolers, such as PowerColor had delta gaps as large as 53°C. Worse still, when the hotspot temperatures hit 110°C, the GPU would then begin to throttle itself, reducing its clocks, even when it running at full load and still well under its power limit.

One potential reason behind the higher-than-average hotspot temperature could be due to uneven cooler contact. One RX 7900 XTX owner on the AMD subreddit confirmed this suspicion; with the card firmly installed into his PC, the hotspot temperatures were hitting 110°C. However, once he laid his casing down on its side, it actually decreased dramatically, down to 75°C.

To be fair, Hardwareluxx technically isn’t the first tech reviewer to have discovered this issue. US-based Techtuber Gamers Nexus (GN) had initially noticed this issue in its review of the RX 7900 XTX and even came to the conclusion that the AMD reference shroud was relatively shoddy, although its overall temperatures with the card wasn’t greatly affected.

So, if you’re one of those who snagged yourself an AMD Radeon RX 7900 Series graphics card, do let us know if you’re experiencing these effects and if laying your PC on its side actually does the trick. That being said, we are also aware that this isn’t and shouldn’t be a permanent solution to the issue, and that AMD and its AIB partners are obliged to resolve this solution, should some of you choose to RMA your cards.