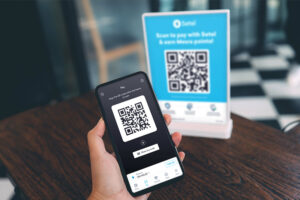 Setel has recently announced that users can now utilize its app beyond Petronas petrol stations as various online stores and physical outlets have begun to accept payments done using the app. It generally marks another new chapter for the Petronas e-payment platform that has received the e-money issuers licence from Bank Negara Malaysia earlier this year.

For those who are not familiar with the payment platform, Setel was originally conceived to allow users to pay for fuel directly from their device without the need to visit the cashier at Petronas stations. Its functionality was then expanded to include Kedai Mesra purchases in which users can have the items delivered directly to their vehicle while it is being refuelled.

Now you can pay with Setel whenever you shop at these 8 merchants and over 200 online shops:

According to the announcement, among retailers and services that already support payments via Setel include PETRONAS AutoExpert workshops, DTOX Car Service, Tealive, and Subway. It can also be used at 200 selected online stores via iPay88, spanning from F&B, supermarkets, fashion, IT, health and beauty, parking, and even mobile telcos such as OneXOX.

If you want to give it a try, go to one of the participating stores and scan the merchant’s QR code from the Setel app or let them scan. For online merchants, you just need to select Setel as your preferred payment method under e-Wallet and go ahead with your purchase.

However, not all branches are able to accept Setel payments though. So, do check out the list of merchants on Setel’s website first before your visit.

Meanwhile, don’t forget to check out our editorial hands-on right here that compare Setel against CaltexGO which is the only other fuel e-payment app that has been deployed in Malaysia.

The post Setel Can Now Be Used Outside Of Petronas Petrol Stations appeared first on Lowyat.NET.