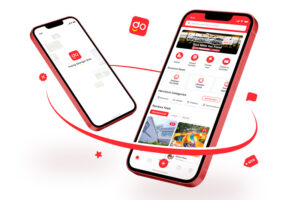 The Selangor state government has launched Go Selangor, an app aimed at boosting tourism in the state. Originally announced last year, the app was developed at an estimated cost of RM3 million with local company Tourplus Technology, which already has its own tourism app with similar features.

Go Selangor provides tourists with hotel bookings, private tours, airport transfers that start from RM60, and tickets to attractions such as waterparks and museums. The platform also contains local reviews of restaurants and attractions throughout Selangor while also allowing users to easily find nearby points of attractions such as malls, pharmacies, or convenience stores.

On the flip side, Go Selangor also aims to become a one-stop centre for merchants to get the attention of tourists. State Tourism, Environment, Green Technology and Orang Asli Affairs Committee chairman Hee Loy Sian said that 300 operators have already registered on the app at the moment although ultimately, the team behind the app targets to sign up to 100,000 operators by the end of the year.

Merchants on the app won’t be charged anything for their first year but from the second year onwards, they will have to pay an annual fee of RM300. Go Selangor is available now on the Google Play Store but the app won’t be available for iPhone users until next month.