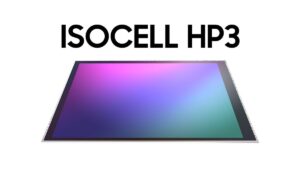 Samsung Electronics officially unveiled the HP3, its latest ISOCELL imaging sensor. The sensor is rated for 200MP, just like its predecessor, the HP1, the main difference being that the new sensor now has the title of having the world’s smallest pixels at 0.56μm.

Evidence of Samsung’s latest HP3 200MP sensor first came to light in a video back in May, with the brand showing off its prowess by taking photos of a cat and blowing it up into the 22m high billboard.

In contrast, the HP3 is 12% smaller than its predecessor. For context, the HP1’s pixels are 0.64μm. Again, it packs 200 million pixels, all in a 1/1.4-inch optical format, which is the diameter of the area that is captured through the camera lens. This means that the ISOCELL HP3 can enable an approximately 20% reduction in camera module surface area, allowing smartphone manufacturers to keep their premium devices slim.

Moving on, the HP3 also comes with a Super QPD auto-focusing solution, using a single lens over four-adjacent pixels to detect phase differences, in both horizontal and vertical directions. In terms of performance, the sensor is capable of capturing videos in 8K30fps or 4K120fps. In theory, combining those capabilities with the 200MP sensor could enable users to capture “movie-like” cinematic footage, all with a mobile device.

Additionally, Samsung says that the HP3 is also capable of delivering what it calls an “ultimate” low-light experience, thanks to its Tetra2pixel technology. Simply put, the technology combines four 0.56μm 200MP pixels into a 1.12μm 50MP sensor, or 16 of the same pixels into one 12.5MP comprised of 2.24μm pixels.

It doesn’t end there. In order to maximise the dynamic range of the HP3, the sensor also adopts an improved Smart-ISO Pro feature. To put it simply, the new and improved version of the feature merges image information from two conversion gains of Low and High ISO mode to create HDR images. Further, the new technology allows the HP3 to express images in more than four billion colours.

The Samsung ISOCELL HP3 is already available and set to enter mass production this year.