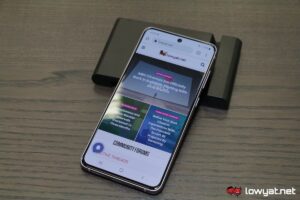 Last month, we saw reports claiming that Samsung was scrapping the Galaxy S22 FE, and possibly the entire Fan Edition line. A new report has emerged explaining the cancellation, but at the same time stating that the it won’t be the end of the line for the FE devices.

The Elec reports that Samsung initially planned to make about three million of the Galaxy S22 FE devices. Production was cancelled, and part of the reason for the cancellation was because of component shortage as we speculated. But as you might expect, it’s not that straightforward.

The report claims that sales for the Galaxy S22 Ultra were “relatively strong”, selling 10 million units within the first half of the year. This led to the South Korean tech giant scrapping production of the FE version, so that chips meant for it can be used on the premium flagship instead. Which makes sense, especially if the company earns more per premium flagship device sold compared to an FE model.

That being said, the report says that despite the cancellation of the Galaxy S22 FE, Samsung is not scrapping the Fan Edition line entirely. The report claims that the company intends to ship three million units of the Galaxy S23 FE next year, same as the initial plan for what was supposed to be this year’s S22 FE. On that note, projected numbers for the other models are 8.5 million of the base Galaxy S23, 6.5 million for the S23 Plus, and 13 million for the S23 Ultra.

All in all, if the report by The Elec is accurate, this is still disappointing news for those who have been hoping for an FE device for this year’s flagship device. But at the very least, there is still hope for the future, at least for one more generation.

(Source: The Elec via Android Authority)