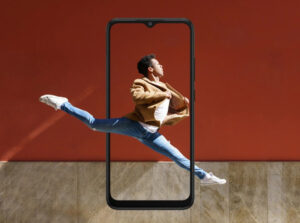 Samsung Malaysia today has launched its latest entry-level smartphone, the Galaxy A03. A successor to last year’s Galaxy A02 and a more affordable variant of the Galaxy A03s, the new handset arrives with an octa-core chipset, 48MP primary camera, and a large battery.

The Samsung Galaxy A03 is equipped with a decently-sized 6.5-inch HD+ TFT LCD display which features a resolution of 720 x 1600 pixels, and a waterdrop notch for its front-facing camera. It also comes with Android 11 out of the box, Bluetooth 5.0 support, a dual-sim tray with microSD slot, a Micro USB port for charging and data, and a 3.5mm headphone jack. Similar to its predecessor, however, it lacks any form of onboard fingerprint-based user validation. In terms of weight, Samsung says the new entry-level weighs in at only 196g.

Featured under its hood is an octa-core UNISOC T606 chipset, paired together with up to 4GB of RAM and up to 64GB of internal storage, which is expandable up to 1TB via microSD. Being an entry-level model, the Galaxy A03 only supports up to 4G in terms of network connectivity. Powering the device is a 5,000mAh battery for long lasting usage, which also comes with 7.75W charging support.

On the back of the Galaxy A03 is a dual-camera setup consisting of the aforementioned 48MP primary shooter, and a 2MP depth sensor. Meanwhile, housed within the waterdrop notch on its display is a 5MP selfie camera. In terms of video recording, the device is capable of shooting FHD (1920 x 1080) footage at 30fps.

The new entry-level smartphone is offered in Black, Blue and Red colour options, and is now available for purchase via the official Samsung Malaysia website. As for pricing, the 3GB + 32GB configuration of the Galaxy A03 retails at RM469, while the 4GB + 64GB model is priced at RM549.

The post Samsung Galaxy A03 Arrives In Malaysia; Price Starts From RM469 appeared first on Lowyat.NET.