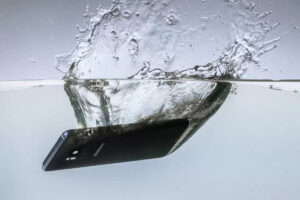 The Australian arm of South Korean tech giant Samsung has been ordered by the court to pay a hefty fine to the country’s competition regulator today, Reuters reports. This concludes a lawsuit that was filed by the Australian Competition & Consumer Commission (ACCC) against the company back in 2019 over misleading claims about water-resistance featured in some of its smartphones.

Though the devices mentioned do come equipped with some levels of water-resistance, these are meant to protect them from the element for a short period of time – a point that Samsung did mention in its ads and website, but was presented as the typical easy-to-miss fine prints. Due to the misleading nature of these advertisements, the ACCC said that it had received hundreds of complaints from users who reported that their smartphones had either stopped working entirely or did not function properly after being exposed to water.

Despite all the allegations brought forward by the ACCC back in 2019, Samsung was adamant to stand by its marketing and advertising of the water resistancy of its smartphones. “We are also confident that we provide customers with free-of-charge remedies in a manner consistent with Samsung’s obligations under its manufacturer warranty and the Australian Consumer Law,” the company said in a statement. However, the regulator refuted this, saying that the company denied warranty claims from users whose phones were damaged from water exposure.

Samsung Australia today has admitted to misleading buyers of some of its Galaxy phones about their water-resistance level, the ACCC said. According to Reuters, the company has agreed to pay a penalty of AUD 14 million (~RM 42 million) to the regulator, officially settling the three-year lawsuit.

We would like to take this opportunity to remind our readers to not willingly expose your smart devices to the elements, regardless of their resistance ratings. The only exception to this are devices that are designed specially for such purposes (ie: diving-based smartwatches).