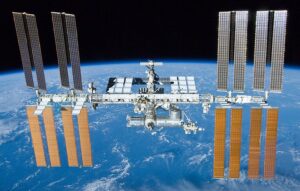 Russia’s Roscosmos has announced that it is suspending cooperation relating to the International Space Station (ISS). This was done in response to the sanctions put on Russia by the international community which were triggered by the war waged by the Kremlin upon Ukraine.

Dmitry Rogozin, head of the space agency, tweeted that the aim of the sanctions is to “kill the Russian economy and plunge our people into despair and hunger, to get our country on its knees”. He added, “They won’t succeed in it, but the intentions are clear”.

Rogozin went on to say that restoration of normal relations between partners of the ISS and other projects is only possible with the lifting of the “illegal” sanctions. In general, the ISS itself involves the participation of five different space agencies, namely NASA (United States), Roscosmos (Russia), JAXA (Japan), ESA (Europe), and CSA (Canada) with the Russian Orbital Segment (ROS) handling the guidance and navigation for the entire station.

Just last month, Roscosmos had cancelled a planned launch of satellites for OneWeb as retaliation for the UK’s sanctions against Russia. The country is also being increasingly isolated from digital and financial platforms as major payment processors exit the country and Google pauses app store payments.