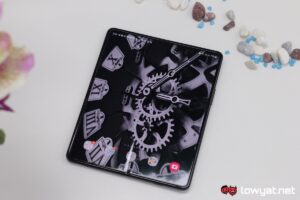 Foldable phones have been in the market for quite some time now. Even though the incorporated technologies have gradually improved over the years, one thing remains the same: they’re still far from being affordable for the average consumer. However, one particular recent rumour is suggesting that this might change in another two years or so.

According to leakster @chunvn8888 via Twitter, Samsung may be working on an affordable foldable phone under its Galaxy A line, which is expected to be released in 2024 or 2025. Unfortunately, the leakster did not provide any further details regarding this alleged project, nor did he specify a source for this information. As exciting as this sounds, we highly advise you to take this rumour with a grain of sodium chloride.

Not happening that soon tho, 2024-2025. At least that’s when Samsung aiming to release… https://t.co/qQbwgAff5Y

That being said, it is not impossible for a mid-range foldable smartphone from Samsung or other brands to eventually come into existence. As mentioned earlier, the technologies behind this handset category continues to be improved and eventually (and hopefully) becomes cheaper to produce. Also not lagging behind are the capabilities of mid-range chipsets, which may be sufficient enough to handle both hardware and software on foldable smartphones in the near future. Therefore, an estimated release period from 2024 onwards is somewhat plausible.

But would the allegedly upcoming Samsung Galaxy A foldable phone really fall under a more affordable price range? That’s still a bit tough to determine at this time. Chances are, despite its speculated mid-range specifications, the device might still be considerably pricey, though not as expensive as its flagship counterparts. If we were to guess, it might cost as much as a non-foldable flagship smartphone – hopefully within the RM3K range or, preferably, lower.

With this rumour now circulating, fingers crossed that other phone brands would have picked up on this and start planning their own budget-friendly foldable handsets for the near future. And it goes without saying; more competition within the potential mid-range segment means more choices and alternatives for the consumer. Unfortunately, we’ll still have to wait a couple or so more years to see if this would actually happen.