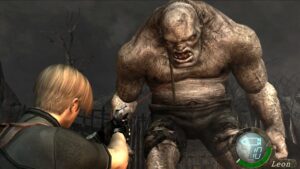 Capcom put out a tweet before last year’s Gamescom that may or may not have been a tease for a Resident Evil 4 remake. While the game has not been officially announced yet, word behind the scenes is that it won’t be an exact remake the way the super successful Resident Evil 2 remake was.

Fanbyte cites sources say that development for the Resident Evil 4 remake changed hands from the people that led Resident Evil 3 remake to the folks that remade Resident Evil 2. Existing assets will still be used, but the change in the lead studio also meant that some elements will get tweaked.

One example is the opening sequence introducing Leon S. Kennedy and his arrival at the Ganado village. While this happened during the day in the original, the remake will reportedly shift this to the night. Other changes include giving side characters more screentime and bigger roles. Ada Wong’s side story will also be more polished, but could also be made as DLC.

Giving Resident Evil 4 a darker tone is probably a good idea. While many laud the game for its environment, I was always of a view that the game was too bright to be scary. You could clearly see every slow-moving enemy that approaches, rather than shifting shadows in the distance. So while the setting was thematically fitting, it never gave that fear-of-the-unknown feeling.

At any rate, the report goes on to say that Capcom plans to announce the Resident Evil 4 remake early in 2022. Though with the many delays we saw last year, pushing games to early this year instead, it’s possible that the Japanese publisher has pushed its plans for the remake back as well.