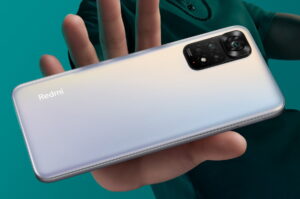 Less than 24 hours after its global debut, Xiaomi has announced that the company will be launching the new Redmi Note 11 Series in Malaysia next month. The announcement does not come as a surprise, since Lazada and Shopee have appeared during Xiaomi’s presentation at Redmi Note 11 Series’ global launch event last night.

As noted in our report yesterday, Xiaomi has prepared four different variants of Redmi Note 11 for the global market including the standard model, Note 11S, Note 11 Pro, and Note 11 Pro 5G. Here is a quick look at their respective specifications:

While Note 11S and Note 11 Pro have similar 108MP quad-camera modules, you shouldn’t have a hard time telling them apart since the Pro model has a larger 6.67-inch display. On another hand, the 2MP depth camera is absent on the Note 11 Pro 5G and a label that says “AI” is in its place instead.

Additionally, there is also a “5G” label next to the Redmi name on the back of the device to further identify itself as the Note 11 Pro 5G. Based on the teaser image that accompanied the announcement on Xiaomi Malaysia’s Facebook page, it seems likely that all four of them will be released into our market.

Hence, we hope that the tips above would be helpful once the Redmi Note 11 Series makes its way into Malaysia. Stay tuned for further information regarding its eventual release date and pricing which we believe should be revealed during the 10 February’s launch event.

The post Redmi Note 11 Series To Launch In Malaysia On 10 February appeared first on Lowyat.NET.