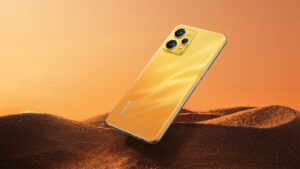 The realme 9, the standard variant from the phone brand’s 9 series, is now slated to launch in Malaysia later this month. It is the latest entry to the family, arriving months after the realme 9i, 9 Pro and Pro+, as well as the 9 SE.

Unlike its siblings (but much like its predecessor), the standard model is the only device from realme’s numbered series to feature a 108MP primary shooter. And in the realme 9’s case, it is the first smartphone in the market to feature the latest of which: the Samsung ISOCELL HM6 sensor. Alongside it, the phone’s rear camera array also comes with an 8MP ultrawide and a 2MP macro sensor.

Using its Indian release as reference, the realme 9 sports a 6.4-inch Super AMOLED display which features 1080 x 2400 pixel resolution, 90Hz refresh rate, Corning Gorilla Glass 5 protection, and a 16MP selfie camera housed in a tiny cutout on its upper left corner. Under its hood is a 4G-enabled Snapdragon 680 chipset, paired together with up to 8GB of RAM and 128GB of UFS 2.1 internal storage.

Besides that, the phone also comes with an under-display fingerprint sensor, Bluetooth 5.1 connectivity, dual nano SIM support, a 3.5mm headphone jack, and Android 12 out of the box via realme UI 3.0. Meanwhile, powering the phone is a 5,000mAh battery with 33W fast charging support through USB-C.

The realme 9 is set to launch in Malaysia next week on 20 April 2022, where its pricing and availability is expected to be announced by then. For your reference, the mid-range phone debuted in India at a starting price of INR 17,999, which is roughly equivalent to RM 1,000 or so. As for colour options,  the device is offered in Sunburst Gold, Stargaze White, and Meteor Black.

The post realme 9 Set To Launch In Malaysia On 20 April appeared first on Lowyat.NET.