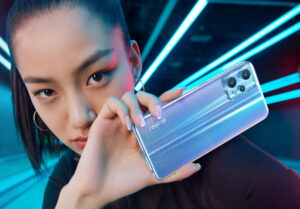 As promised, realme has officially launched the realme 9 Pro Series in Malaysia today. While we first thought there will only be one variant coming to our market, it turns out that both the Plus and non-Plus versions will be released here.

Despite having the Plus label on its name, the realme 9 Pro+ actually has a smaller 6.4-inch screen as compared to the 6.6-inch screen on the standard realme 9 Pro variant. Not only that, the refresh rate for the display panel on the Plus model is much lower at 90Hz as opposed to the non-Plus version which offers 120Hz.

Aside from the differences between their display, both models are running on different processors as well. For the 9 Pro+, realme has opted to equip it with the MediaTek Dimensity 920 but has decided to go with Qualcomm Snapdragon 695 for the 9 Pro although both phones still offer 5G capability.

Another major difference between the two 9 Pro Series devices is their cameras. On the 9 Pro+, the phone relies on a 50MP Sony IMX766 f/1.8 main camera while the 9 Pro comes with a 64MP f/1.79 camera.

Both models have also been equipped with an 8MP ultra-wide f/2.2 camera and a 2MP f/2.4 camera alongside their respective main cameras. The same also goes for their 16MP selfie camera which is housed on the top left corner of their display.

Not to forget, the 9 Pro+ is powered by a 4500mAh battery while the 9 Pro comes with a 5000mAh battery. When it comes to charging, the Plus model supports a SuperDart charger with a power rating of up to 60W but the non-Plus variant is limited to 33W.

Of course, it goes without saying that both models have different price tags as well. Comes standard with 8GB of RAM, you can get a 9 Pro+ with 256GB internal storage for RM1,599 while the 128GB option costs slightly less at RM1,399.

realme will also be offering the 9 Pro 6GB/128GB at RM949 through Lazada on 15 March to mark its rollout into our market. If you want the 8GB/128GB version of the 9 Pro+, you have to wait until 31 March though.