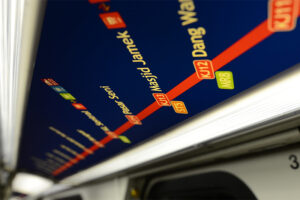 Prasarana Berhad, owner of public transport operator Rapid KL, revealed that it will be looking into compensating My50 users who are affected by the recent Kelana Jaya LRT line disruption. During a press conference held earlier today, company president and CEO Mohd Azharuddin Mat Sah said that Prasarana will discuss the matter and will announce its decision at a later date.

Rapid KL today unexpectedly shut down 16 stations along the Kelana Jaya LRT line for seven days in order to thoroughly investigate and repair a malfunction with its automatic train control (ATC) system. The issue caused a signal loss between the control centre and the train, resulting in the latter not being able to operate automatically between the Ampang Park and Kelana Jaya stations. The company also faced the same malfunction earlier this week, causing a disruption which forced it to stop trains from operating in the evening of both Monday and Tuesday.

Azharuddin stated that a maximum of seven days was agreed upon for the purpose of resolving the Kelana Jaya line issue, with hopes of achieving it even earlier. The root cause of the malfunction has not been determined just yet, though he notes that the company suspects that it may be related to the system’s electronic components and even trains, which are reaching or have reached their respective life expectancies.

Prasarana has reached out to OEM experts from Canadian company Thalys to assist in the investigation and repairs. Flown in from Toronto and Dubai, these specialists will be tasked to find both short and long term solutions in order to further ensure the service’s reliability and passenger safety, the president added.

When asked regarding the Kelana Jaya LRT line’s ageing system components, Azharuddin said a major overhaul is expected as the company’s management has given their approval. However, he notes that the upgrading process won’t take place during the week-long closure of the stations, and would only be conducted at another time.

“The Kelana Jaya LRT line has been operating for nearly 25 years,” he said. “It is an ageing system that needs replacements for all its parts.”

The post Rapid KL LRT Disruption: My50 Pass Compensation Being Looked Into appeared first on Lowyat.NET.