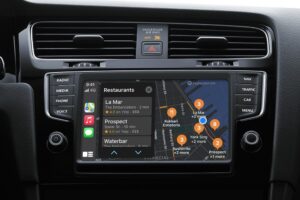 48 telecommunications technology companies are now demanding that Japanese carmakers Toyota, Honda, and Nissan pay them patent fees for components that are being used in their card to connect to the internet. The list of technology brands making the demands includes Qualcomm. Nokia, NTT, and Sony.

According to Nikkei, Avanci, a US company tasked to negotiate patent fees on behalf of the telecommunications brands, the three major Japanese automotive brands are being forced to fork out US$15 per car (~RM62), in exchange for access to the related patents made by each car. As for how they will be billed, Avanci says that the patent charges will depend on whether owners of their cars use the communication functions or not.

The demand for patent fees highlights the highly competitive field of automotive technology for major telecommunication brands, as well as how far Japanese carmakers have fallen behind their US and European counterparts, specifically when it comes to in-car communications and features.

Reluctance in paying patent fees isn’t the only hurdle the Japanese carmakers have had to deal with. Last year, both companies were sued by a US-based patent management company for allegedly infringing upon patents for in-vehicle communications technologies.