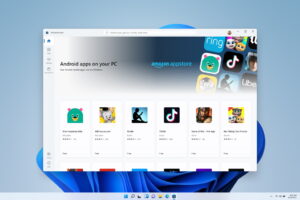 Windows 11 users can finally load up Android apps natively on the operating system soon, Microsoft’s Panos Panay reveals. According to the company’s official blog, a preview version of the highly anticipated feature will be rolled out to the public in February.

To recap, the native Android app support on Windows 11 was originally announced during the platform’s reveal last year, but was not included in its global rollout in October. The feature is made possible through the integration of the Amazon Appstore into Microsoft’s own digital storefront, where users can browse and download the available apps. That being said, the software giant did not mention how many apps would be available during the preview period.

It is worth noting that the Android support rollout in February is also part of a larger update for the Windows 11 platform. Panay says that users can expect other improvements to be added to the operating system; including a mute/unmute function to the taskbar, the ability to show a clock on secondary monitors, as well as redesigns to the Notepad and Media Player apps.

The company has also made known that the free Windows 11 upgrade rollout is now entering its final phase of availability. Therefore, users that are currently undecided as to whether or not to upgrade to the latest operating system should take note, as Microsoft may begin charging for the next-gen update once the free distribution period ends.

And just in case you missed it, Google too is currently testing an official launcher for Android games on Windows, known as Play Games. However, the trial is only available to South Korea, Hong Kong and Taiwan for the time being, with plans of expanding it to other regions in the near future.