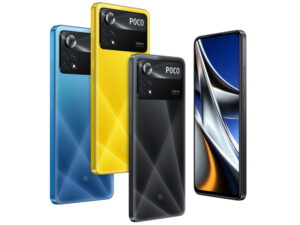 POCO made an appearance at Mobile World Congress in Barcelona this year with two new phones including the X4 Pro. In a rather quick turnaround, the new model will be heading to Malaysia later this week.

Even though the phone might have been officially revealed today, a lot of details regarding the X4 Pro have been leaked out much earlier. This is including the fact that it is equipped with a Qualcomm Snapdragon 695 processor and a 6.67-inch Full HD+ AMOLED display with a refresh rate of 120Hz.

Furthermore, the new phone also features a tri-camera module that includes a huge 108MP f/1.9 main camera alongside an 8MP f/2.2 ultra-wide camera and a 2MP f/2.4 macro camera. For selfies, the X4 Pro relies on a 16MP f/2.4 camera.

Similarly, it has also now been officially confirmed that the X4 Pro is powered by a 5000mAh battery that supports fast chargers with a power rating of up to 67W which has been included as a standard accessory alongside the new 5G phone. With the given charger, POCO said that it only takes around 41 minutes to be fully charged.

The post POCO X4 Pro Goes Official: Coming To Malaysia On 3 March For As Low As RM1,099 appeared first on Lowyat.NET.