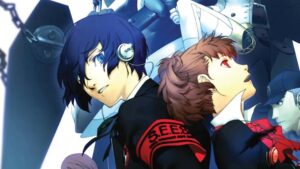 Persona 3 Portable was released all the way back in 2009, as an enhanced port of the PS2 original from 2006. But it looks like the enhanced port is getting a remaster, which will be heading to multiple platforms.

Nintendo Enthusiast reports that the remaster was hinted at by leaker Zippo on their blog. While the leak may seem like it came out of nowhere, the leaker had just previously claimed that Atlus and Arc System Works were working on the remaster of Persona 4 Arena Ultimax, a 2D fighter, before the official announcement.

That being said, as should be the norm with leaks, this should be taken with a pinch of salt. This is especially so when you consider the fact that Zippo initially pegged the announcement of the Persona 4 Arena Ultimax remaster to be in September, rather than December during The Game Awards. Though Nintendo Enthusiast does note that they also correctly predicted the release of Metroid Dread.

At any rate, the remaster of Persona 3 Portable will likely be part of the Persona 25th anniversary. Atlus has seven projects to celebrate, with the aforementioned fighting game being a part of it. The next announcement is set for February, so that’s probably the earliest that we can expect to get official confirmation.

The post Persona 3 Portable May Get A Multiplatform Remaster appeared first on Lowyat.NET.