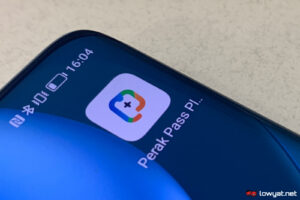 The Perak government has just launched a new tourism app called Perak Pass Plus (PPP) commissioned by Tourism Perak to promote travel in the state. State Housing, Local Government, and Tourism Committee chairman Nolee Ashilin Mohammed Radzi said that with the app, all tourism-related promotions can be done digitally as a booking engine similar to those such as Booking.com, Agoda, and Lazada.

Unlike other travel search engines though, PPP will focus solely on tourism products and activities in the state of Perak. “This application offers information service and vouchers, with industry players to provide additional impact to domestic and international visitors beginning next year,” said Nolee.

Through PPP, both domestic and international visitors can use it to book accommodations with local hotels or homestays, transport to and from airports, private tours, tickets for activities, and view listings of local merchants. Listings will feature reviews, and some merchants even offer vouchers and deals through the app.

Interestingly, all of these features look very similar to another recent tourism app that was just rolled out by the Selangor state government called Go Selangor. This is not a surprise seeing as how both apps were made by the same developer called Tourplus, which has had its own Malaysian tourism app for a while.

While there are some minimal differences, both Perak and Selangor’s apps look to be just re-skinned versions of the original Tourplus app. The apps even seem to feature the same deals and services that span across all of Malaysia instead of just the respective states.

The committee chairman said that PPP is already available for download on the Google Play Store, the Apple App Store, and the Huawei App Gallery. However, as of writing, the app seems to be missing from the latter two as we only managed to find it on Play Store.